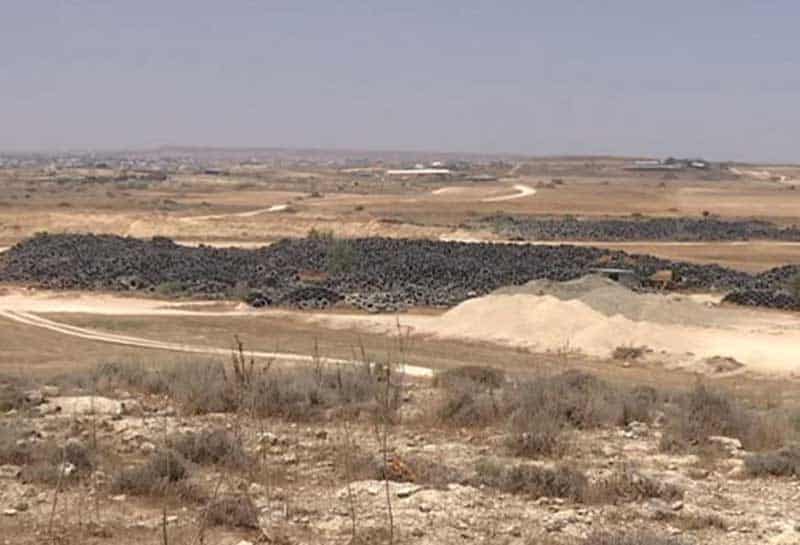 The 4,500 tons of used tyres stockpiled at the Latouros quarry near Dali, outside Nicosia, will be transferred to a secure site at the Vassiliko Cement factory, Environment Commissioner Ioanna Panayiotou said on Tuesday after a meeting chaired by President Nicos Anastasiades.

“Anastasiades responded to the urgent need to transfer the tyres and convened a meeting with all the relevant departments. It was decided that the tyres would be taken to a safe area of Vassiliko and the required funding was approved,” Panayiotou said.

Even though there was a fire at Vasiliko earlier this month caused by bruning tyres, Panayiotou said the “area is safe and there is a licenced area and in the future things will be handled correctly”.

The tyres at the site have been collected from tyre merchants around Nicosia.

Managing director of Latouros Quarries Antonis Antoniou Latouros said on Monday that if the tyres caught fire where they are they would cause severe air pollution, as the smoke would cover a range of tens of kilometres.

“In case of fire, as happened on July 3 at Vassiliko cement factory where piles of used tyres were wrapped in flames, the outcome would be devastating,” he said.

Director of the department of environment Costas Hadjipanayiotou said that the company responsible for collecting and processing the tyres is breaking the law, as it ignored decrees issued on February 29, 2016, and refused to remove the tyres.

“I am in touch with the legal services so that they can authorise our department to undertake the management of the tyres. But the state must be legally secure to make this move,” he said.

Owner of the company responsible for collecting the tyres Giorgos Pavlides claimed that there are financial interests preventing their disposal, resulting in large quantities accumulating, adding that the department of the environment is not providing any solutions.

“For three years, we were stockpiling tyres at the quarry. We sent a letter to the environmental department and asked Hadjipanayiotou to find a solution for the disposal of the tyres, but we did not receive any response. They also refused to take shredded tyres out of the quarry,” he said.

Meanwhile, MPs agreed last Wednesday that a single system needs to be in place for the collection and management of rubber to avoid incidents like the large fire earlier in the month near the Vasiliko cement factory which was caused by large piles of old tyres being stored next to a flammable substance.

The issue was discussed at the House environment committee, where MPs heard that if the fire had not been contained it would have caused a huge disaster in the area as the factory is located in the same area as the VTTV oil depot and an electricity authority (EAC) substation.

Disy MP Giorgos Karoulas, who registered the issue for discussion, said that it is important that a single system is introduced for the collection and management of old tyres, to ensure the safety and health of members of the public.

Italy may issue temporary visas for migrants, in EU ‘tug of war’