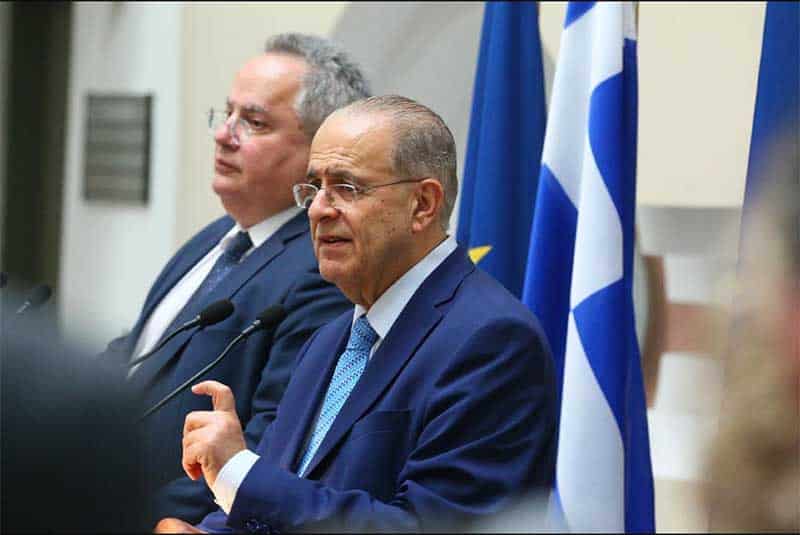 Greek Foreign Minister Nicos Kotzias said on Tuesday work must be undertaken to create a new, well-prepared chance to solve the Cyprus problem, charging that the UN special envoy was unprepared during the previous effort in Switzerland that failed earlier this month.

Speaking at a news conference following a meeting with his Cypriot counterpart Ioannis Kasoulides, Kotzias said “we must work so that a new chance is given to negotiations to solve the Cyprus problem, but this chance must be well prepared and effective.”

“I charge Mr (Espen Barth) Eide, among other things, with coming unprepared and without allowing the necessary preparation at the conference in Switzerland.”

Earlier on Tuesday, Kotzias had taken part in a meeting of the national council where, together with President Nicos Anastasiades, they briefed the parties about the failed conference.

“I think the negotiations for the Cyprus problem and the positive manner we co-operated with the Cypriot government, and above all, with President Anastasiades, brought the two countries and the two people even closer,” he said.

Of the Conference on Cyprus, the Greek diplomat said Turkey was playing with words but when the time came for decisions, it was not in the mood or perhaps it wasn’t even ready for a solution.

“We made a great conquest there, we managed to set the issue of guarantees and security on the agenda of the Cyprus problem and there is no doubt that in any future negotiation, it would be the issue to start with,” Kotzias said.

The two ministers and their staff discussed how to deepen relations between the countries further and how to handle issues relating to the Cyprus problem in which Greece also had a say.

Kotzias said the Greek and Greek Cypriot sides had to prevent Turkey from toying with other kinds of solutions and be forced to take international law into account.

The Greek minister said he believed Turkey and other international players did not take the Greek side seriously over its position on zero guarantees and zero troops.

“Turkey found out that on these matters not only we didn’t surrender, but they were placed and will be placed at the top of the agenda in every future negotiation,” he said. “My personal view is that its references to plans b, c, d, etc, are the element of negotiation for the solution of the Cyprus problem that Turkey understands and wants.”