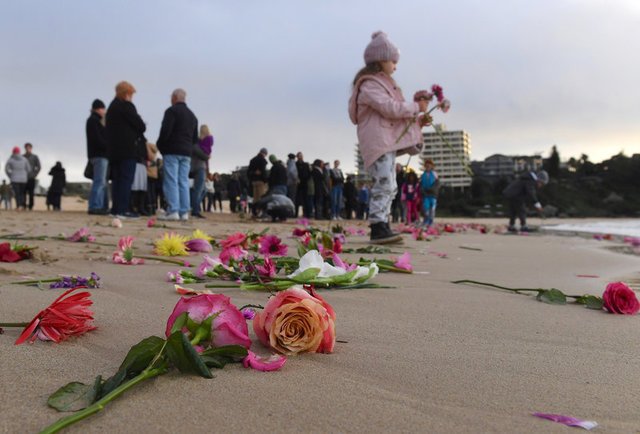 Australian Prime Minister Malcolm Turnbull called the fatal shooting of an Australian woman by a Minneapolis police officer over the weekend “shocking” and “inexplicable” and said his diplomats were seeking answers from U.S. authorities.

The Minnesota Bureau of Criminal Apprehension on Tuesday confirmed details of the shooting of Sydney native Justine Damond that have been reported in media accounts and also confirmed the identities of the two police officers involved in the incident.

Damond died of a single gunshot wound to the abdomen, fired through an open window of the patrol car, after two police officers responded to a call she made of a possible assault in her neighborhood, the agency said.

Turnbull said in a television interview on Wednesday morning in Australia (Tuesday evening in the United States) that he and the Australian consul-general in Chicago were seeking answers.

“How can a woman out in the street in her pajamas seeking assistance be shot like that?” the prime minister said in the interview with Nine Network. “It is a shocking killing, and yes, we are demanding answers on behalf of her family.”

The Minnesota Bureau of Criminal Apprehension, which reviews shootings involving Minneapolis police, was seeking civilian video of the incident.

The incident unfolded as Officers Mohamed Noor and Matthew Harrity were driving through an alley near where the shooting occurred, searching for a suspect, the Minnesota Bureau of Criminal Apprehension said.

At one point, Harrity told investigators, he was startled by a loud sound near the patrol car. Immediately afterward, Damond approached the driver’s side of the squad car and Noor, who was in the passenger seat, fired his weapon through the open driver’s-side window, striking Noor, the agency said.

The agency said Noor, with the police department for 21 months, and Harrity, a one-year veteran, have been placed on administrative leave.

State investigators said agents interviewed Harrity on Tuesday. They said Noor has declined to be interviewed, adding that Noor’s attorney did not provide information on when or if the officer would be available for questioning.

Noor’s lawyer, Tom Plunkett, did not respond to a request for comment.

In a statement released earlier on Tuesday, Plunkett said that Noor extends his condolences to Damond’s family.

Damond’s family joined with friends and others in a silent dawn vigil on Sydney’s Freshwater Beach, the Australian Broadcasting Corporation reported. A didgeridoo was played and a single rose thrown into the ocean.

Minneapolis Mayor Betsy Hodges and the American Civil Liberties Union of Minnesota have questioned why the officers did not have their body cameras and vehicle dashboard camera turned on at the time of the incident.

“We need to confront the reality of so many unarmed people killed by the same officers who swear an oath to protect us,” he said in a statement on Tuesday. “Justine’s death shows no one should assume ‘officer-involved shootings’ only happen in a certain part of town or to certain kinds of people.”

Damond, who was also known as Justine Ruszczyk, had taken the name of her fiance, Don Damond, ahead of their wedding. They were due to be married in August, according to the Minneapolis Star Tribune newspaper. She owned a meditation and life-coaching company, according to her personal website.