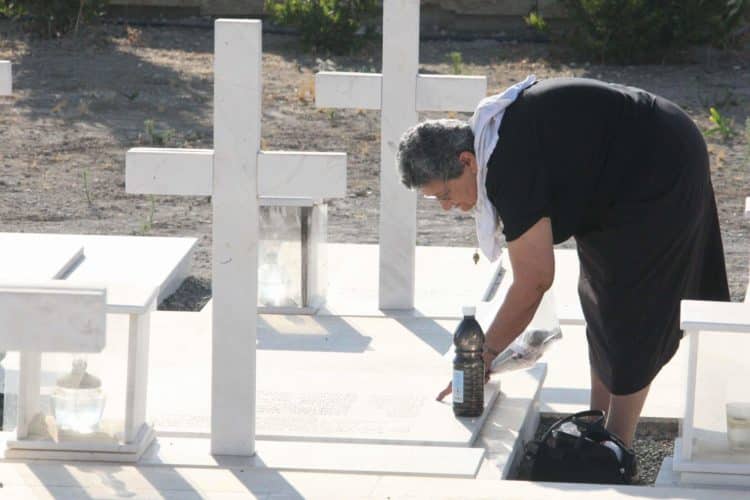 Cyprus marks on Thursday the 43rd anniversary of the 1974 Turkish invasion which resulted in the occupation of the island’s northern third, paying tribute to all those killed. A series of memorials and other events will be held to commemorate the fallen.

Air-raid sirens sounded at 05:30, the time at which the Turkish invasion was launched with troops landing on the island’s northern shores.

In the morning, a memorial service for army officers and soldiers killed during the invasion takes place at Makedonitissa Tomb in Nicosia, in the presence of President Nicos Anastasiades, political party leaders, the religious leadership and other officials.

A formal church memorial service will be held at Faneromeni Church in old Nicosia, to be attended by the President and the political leadership. A series of other anti-occupation events will also take place during the day.

In the evening an event will take place at the Presidential Palace marking the anniversaries of both the 1974 coup engineered by the Greek military junta in Athens and the invasion.

Political parties and other associations and groups have issued statements, condemning the invasion and the continuing occupation and reiterating their determination to fight for a just and viable solution.

This year’s anniversary follows a round of UN-backed talks in Crans Montana, Switzerland, which failed to produce any results.

Turkish troops invaded Cyprus on 20 July 1974, following a military coup that toppled the legal government of the Republic which was engineered with the Greek military junta.

Turkey continues to occupy 37 per cent of the island and maintains 40,000 troops here.