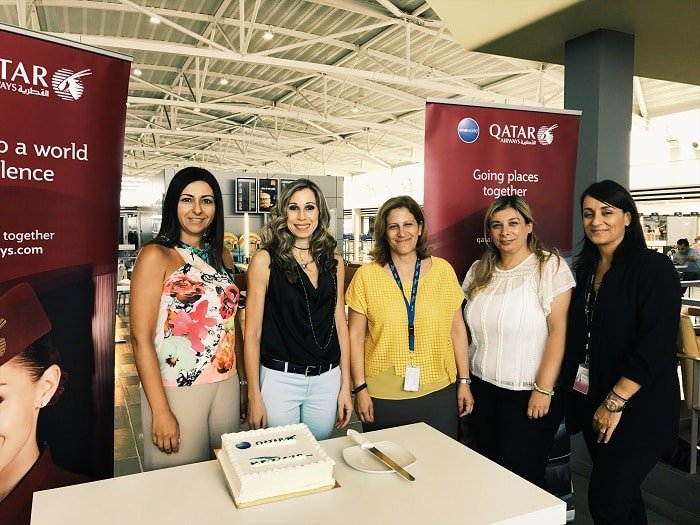 Processed with VSCO with g3 preset

Qatar Airways hosted a working lunch for representatives of the media on Tuesday, July 11, at the Larnaca airport, as a show of gratitude for their support and valued help in the company now being able to offer 12 flights per week from Larnaca to Doha, as well as two flights per day during the summer months July and August, bringing the total to 14 flights per week.

As stressed at the lunch by representatives of Qatar Airways, the Cypriot market holds an important place in the company’s flight network, which is further strengthened by the introduction of extra flights over the summer months, offering travelers more options and greater flexibility in planning their trip, as well as the opportunity to explore the Far East, Africa, the United States of America, Australia, and the Middle East.

In attendance at the lunch were also representatives of Hermes Airports, who noted that their presence aimed to support any efforts to improve Cyprus’ connectivity.

Russia, US duel at UN over type of missile N. Korea fired