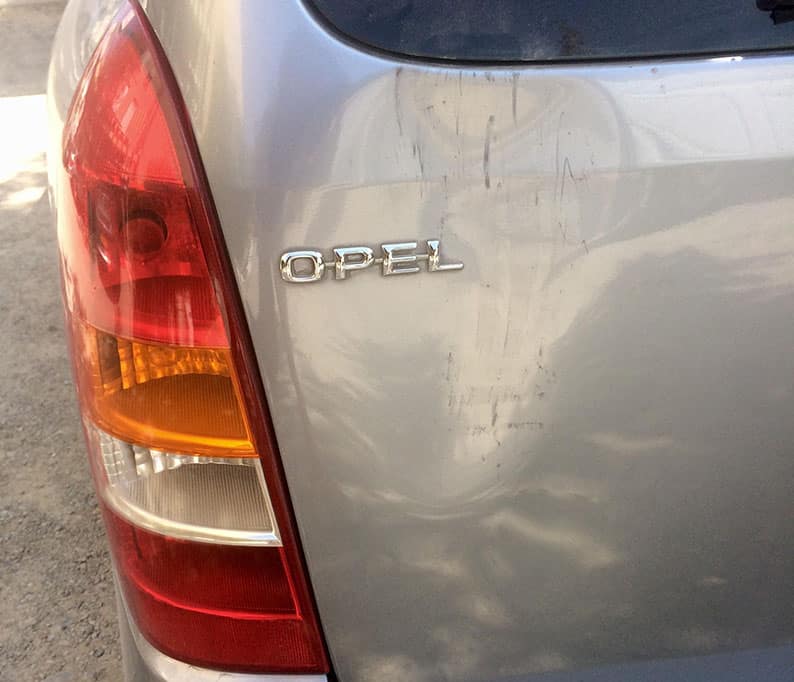 At least three cars were damaged extensively during Thursday’s event organised by far-right Elam at the Ledra Palace in Nicosia to mark the events of July 20, 1974, the Cyprus Mail learned on Friday.

Although police said that no injuries or damage to property were reported, two car owners informed the Mail that their vehicles, along with another one, had been extensively damaged by attendees of the event. Elam had been holding an anti-occupation and anti-federation protest at the Ledra Palace checkpoint.

“They trashed our cars,” the owner of one of the vehicles told the Cyprus Mail. He added that two other cars were also damaged. All three cars were parked in a lot near the crossing.

The owner of another vehicle said that people were jumping on their cars. “Not a single frame was left straight on my car,” she said. She added that her vehicle’s roof has been dented, and that the damage is irreparable.

She added that at around 8pm, a group of people, that appeared to be fans of Apoel and Anorthosis football clubs, entered the parking lot and began throwing stones, and flares.

Disturbances broke out around that time near the Ledra Palace checkpoint among youths, some of whom were heard chanting names of rival football clubs. It is not known whether they were Elam members or which of the factions from the attendees might have damaged the vehicles.

Cyprus Mail reporters at the scene on Thursday night witnesses jostling and minor skirmishes among a crowd of some 200 people, some of whom were members of Elam. Some 50 riot squad officers, already positioned at the site, soon moved in to restore calm.

Police said on Friday that no official reports had been filed as to car damage or any injuries.

Both the Ledra Palace and Ledra Street crossing points were closed temporarily on Thursday for safety reasons.