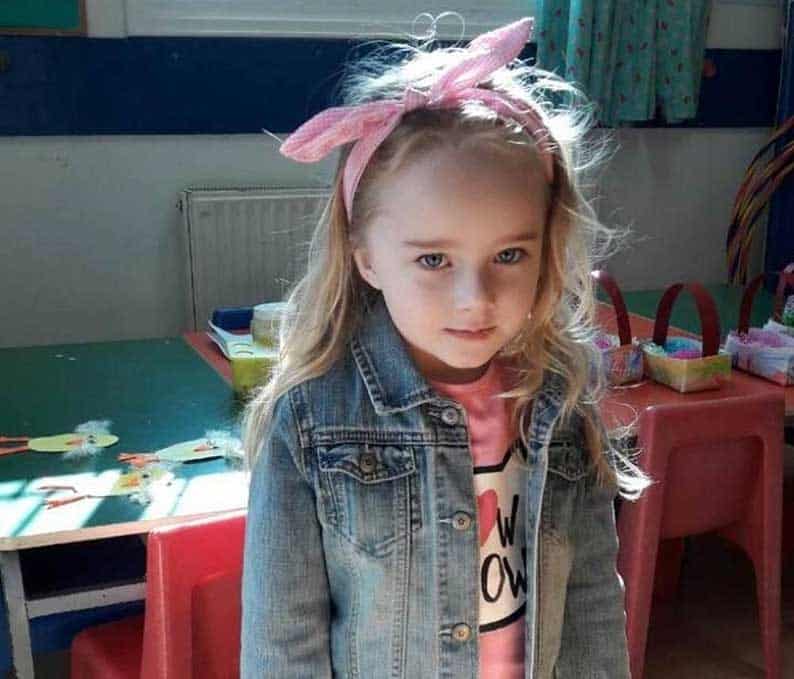 Reports that four-year-old Marie-Eleni Grimsrud, who was abducted by her father in April, was located on a boat docked at a marina in Antalya, Turkey are not confirmed, or accurate the family’s lawyer said on Friday.

According to  Politis, Marie-Eleni and her father, Norwegian national Torkel Grimsrud, were at the marina in Antalya and under surveillance by the Turkish authorities. The daily reported there would be developments soon. It also said the girl’s family had alerted authorities about her whereabouts.

Turkish Foreign Minister Mevlut Cavusoglu, reportedly, helped after he was told about the case by President Nicos Anastasiades during the talks in Crans-Montana earlier in the month, Politis said. Citing sources, Politis said that the two men talked about the case on July 4. The next day, when Government Spokesman Nicos Christodoulides was caught on camera handing Cavusoglu a piece of paper, it reportedly contained details about the case, said Politis. There was speculation at the time that the paper contained the proposals of the Greek Cypriot side.

However, Larry Vrahimis, the lawyer representing the girl’s mother said the report was incorrect.  “This information is not accurate,” he said.

Speaking to CyBC radio, Vrahimis dismissed the report as “irresponsible” and added: “It mentions actions taken by the family that are not true. These reports are irresponsible, and they don’t help at all, they only upset the family”.

He added that he read nothing in the article that proved its claims were correct or accurate.

Police spokesman Andreas Angelides confirmed that among other information they had received, was that father and daughter might be in Turkey. He said that after receiving this tip, they alerted both Interpol and Norwegian authorities. “What I can confirm is that there was, among others, this information,” Angelides said.

He stressed that caution is necessary when it comes to reports in order to avoid damaging the investigations underway. “Nothing more can be said,” Angelides added.

Commenting on whether he has asked the help of Cavusoglu, Anastasiades said that he did not wish to comment.  The more that was being said, the more difficult it would make efforts to locate her child, he said.

Marie-Eleni was abducted outside her kindergarten in Dasoupoli, Nicosia on April 27, after a custody battle between her parents. Her father’s lawyer said a few days later that the girl was taken by Grimsrud himself.

The whereabouts of the father and child are unknown since the abduction. A European and international arrest warrant was issued against Grimsrud.

In May, the Norwegian Supreme Court rejected another appeal for custody filed by Grimsrud on the grounds that the girl’s country of residence had never been Norway and he needed to file the appeal in Cyprus.

A total of seven people have been arrested in connection with the abduction who have since been released.