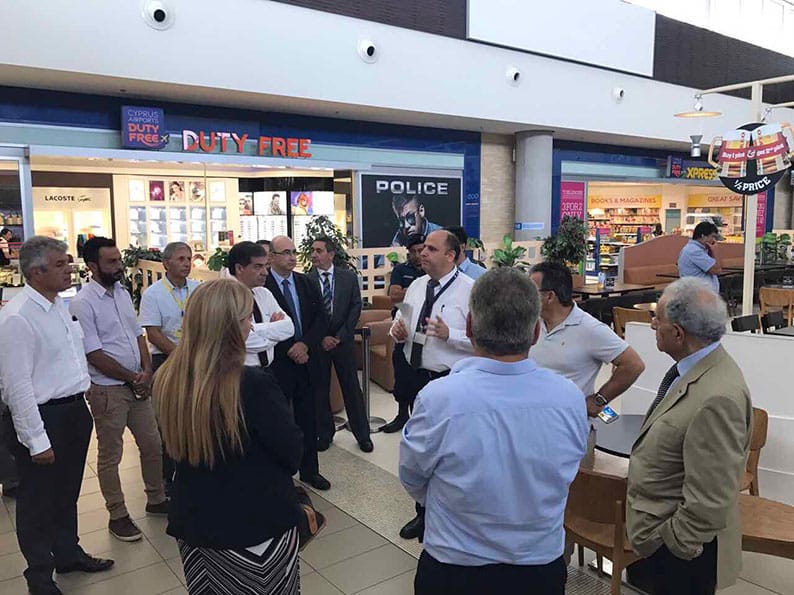 Officials were given a tour of Paphos airport on Friday as operator Hermes enters its second decade of operations and with total passenger traffic amounting to 4.1 million, or an increase of 17.8 per cent in the first half of this year.

Honorary-Lifetime Chairman and founder of the consortium, Nicos Shacolas, together with the Chairman of the Board Panayiotis Hadjipantelis and CEO Eleni Kaloyirou welcomed members of parliament and Paphos officials at the airport and offered them a tour of the terminal.

Th officials were briefed about operations and on current issues related to the country’s connectivity, especially regarding passenger traffic which this year is expected to reach a new record in arrivals. The officials also had the opportunity to discuss development projects and the need for further support of projects related to the tourism industry.

There was also an exchange of views on the need to add more hotel rooms in the summer period and the need to keep hotels open all year round to reduce seasonality.

Formula One ‘halo’ is a mistake, says Lauda