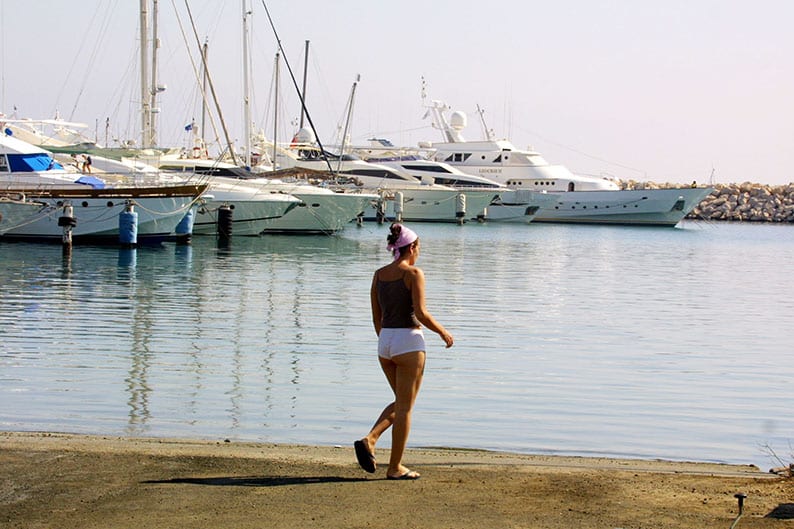 PRESIDENT Nicos Anastasiades said on Friday that he expects the legal problem concerning the tender process for the development of the Larnaca port and marina to be overcome soon for the next phase to continue as planned.

The president was referring to the temporary interruption of the process by the Tenders Review Authority, after a consortium that did not make it to the second round filed an appeal with the body citing incorrect application of the tender rules by the transport ministry.

In total three consortiums/companies of the five that expressed interest were shortlisted last month to proceed to the next phase in the tender for the long-delayed development of Larnaca port and marina.

During the next phase, the three companies will get acquainted with the details and terms of the tender so that they can proceed with submitting their proposals.

Anastasiades said that the next phase was expected to materialise next year. The development of the port and marina is expected to yield great benefits, he said, among them turning the area into “an attractive tourist destination”.

The appeal was filed by ERA consortium, comprising Cyprus-based AVI Giant Corporation Ltd and affiliates. The consortium did not make it to the second round, because the ministry deemed that it did not meet the selection criteria, as, a member of the group, China Harbor Engineering Company Ltd, was not authorised to sign and did not sign the tender documents and therefore could not be considered part of the consortium. Thus, the consortium was excluded from the process, and the ministry said that they have no longer legal rights in bringing proceedings.

According to the Tenders Review Authority, the consortium maintains that they do, as their exclusion they said, “is the result of a misapplication of the terms of the competition, it was taken without investigation and lacks justification”.

Since they were excluded, the consortium said, they have legal rights in bringing proceedings to file for an appeal so that the reviewing authority can check whether their exclusion was legal.

“If temporary measures are not granted, they stressed that they would be deprived of their right to enter the competition which would cause them great damage,” the reviewing authority said.

The ministry also said that an interruption of the process would not serve public interest, but the consortium replied that the government is to blame for that, as it cancelled the competition in 2015 while it ought to take into consideration the possibility of an appeal filed by a tender.

Having examined the arguments of both sides, the reviewing authority said that it decided to temporarily freeze the procedure to examine the appeal. This, it said it would delay the tender procedure by three to four months.

Without overseeing the need for the completion of the competition procedure, it said, any small delay “does not neutralise the need to examine the legality of the exclusion of the applicants and, consequently, the risk of damages in the event of success of the appeal”. It the case the appeal is successful, it said, the state might be called to pay a massive compensation to the consortium due to the estimated cost of the project amounting to €30m.

Efforts to develop Larnaca marina and port began in 2007 but the competition was cancelled in 2015, and was relaunched last year.

The idea is to develop and privatise the existing Larnaca marina as well as the port situated right next to it. The aim is to make Larnaca marina the largest in Cyprus with around a thousand berths, including some for superyachts.

The plan specifies that the total area to be developed measures 510,000 square metres, which includes the Larnaca port and marina as well as the surrounding area.

According to the terms of the process, the port area will be split into two. The northern part will be used for port operations and the south for the marina. This part may be used for large cruise ships as the new plan includes berths for giga yachts and cruise ships.

General terms for the development allow for the construction of high rise buildings up to 15 floors. Investors will have the option to build residences, shopping areas, offices, restaurants, recreational or sports venues.

Our View: Akel’s nostalgia for ‘people-centric’ co-ops is misplaced

Eide: they didn’t sound like people that were about to unify their homeland (Update 2)