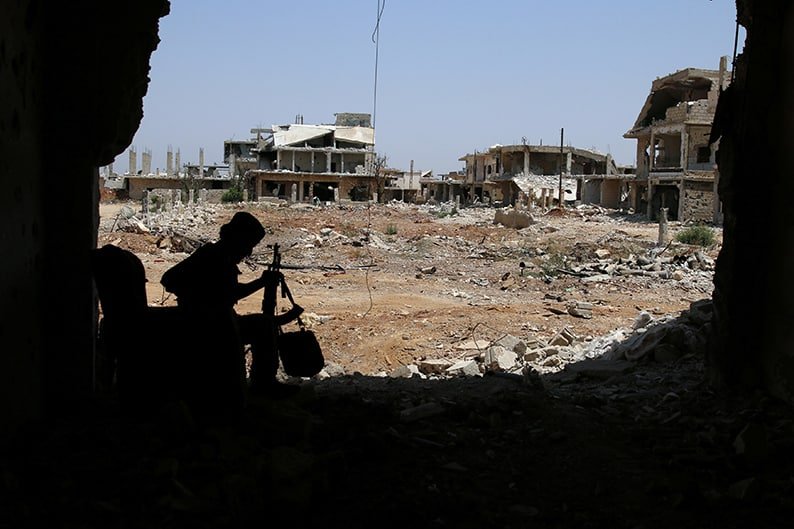 The Syrian military declared a cessation of hostilities on Saturday in the rebel-controlled Eastern Ghouta region near the capital, state television reported.

Eastern Ghouta, stretching from eastern to northeastern suburbs of Damascus, has long been under opposition control in the six-year conflict, as rebels have lost ground in the west.

It said the cessation began at 12:00 noon (0900 GMT) and any violation would receive an “appropriate response”.

Syrian rebel group Failaq al-Rahman, which operates in Eastern Ghouta, welcomed the cessation and said ceasefires were a first step to resolving the Syrian conflict. Writing on Twitter, spokesman Waiel Olwan said the government must respect the truce.

There have been many attempts at a lasting ceasefire in western Syria, where rebels have lost ground to government forces and their allies over the last year. Regional truces have often collapsed with both sides trading the blame.

The Syrian Observatory for Human Rights monitoring group said there had been isolated incidents of shellfire since the announced ceasefire took effect, but no major fighting.

The United States, Russia and Jordan reached a ceasefire and “de-escalation agreement” for southwestern Syria this month, which has reduced violence.

But fighting has continued on other front lines, such as Eastern Ghouta, an area where the opposition said the government had launched gas attacks in 2013. The government denies this.

Akel to enter talks with Malas for candidacy