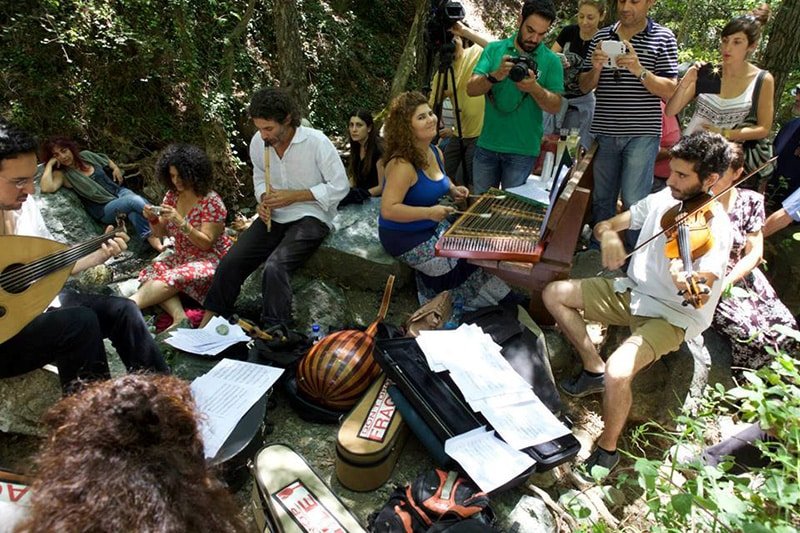 Twelve years old and still going strong, the Cyprus Rialto World Music Festival at the Rialto Theatre is currently in the process of proving itself the best yet. It’s now almost a week since the festival with music from around the world started livening up the Limassol scene like nothing else could, and there is still plenty to look forward to next week. One event will even have us heading up the mountains for music.

The multicultural World Music Festival’s goal is to create a conversation between audiences and music of different traditions and influences. Inspiration is drawn from the traditions of each country, while Cyprus operates as a bridge between them.

A number of diverse artists have been invited to perform this year, the critically acclaimed eight-member band BandAdriatica from Italy, Cuban septet Soneros de Verdad (known as the ‘second generation’ of Buena Vista Social Club), the award-winning Abishek Lahiri from India, as well as two of our very own bands Trio Tekke and the Amalgamation Project. We are only halfway through the festival, not to mention that entrance is free, so make a plan to get yourself to Limassol for the rest.

The festival will once again be collaborating with the Platres Community Council to continue the Rialto Residency for another year in the Platres area. For the second consecutive year, the residency will be under the artistic direction of the very well-known Greek musician Michalis Choleva.

He has performed and collaborated with several artists including Louisiana Red, Angelo Bandalamenti (of Twin Peaks fame), the Brussels Philharmonic Orchestra and George Kontrafouris and Project Eleusis. In June 2009 he completed his Master’s (MA in Music Performance) at Rotterdam Conservatory of Music, having been awarded the HSP excellency scholarship.

The residency will focus on techniques, forms and stylistic elements of the Eastern Mediterranean traditions. Classical and popular compositions will constitute the starting point for different approaches towards improvisation. Rhythmic improvisation and the melodic gravity of these traditions will form the core of the debate, the act of the Residency aiming to enrich the improvisational vocabulary and synthetic ideas of participants.

The participating artists – Andreas Lardis on violin, Vasilis Filippou on vocals and drums, Panayiotis Tsappis on the ney, Marianna Moumtzi on the canon and Stelios Pantechis on the lute – will present the result of the residency in a concert hall on July 29 at Glafkos Clerides Square, Platres. On July 30, the successful unplugged concert of Caledonia will move to the beautiful neighbouring area of the Mediaeval Bridge of Mila.

Turks will allow 16,000 refugees back into Varosha – reports

Germany expects greater quantities of cocaine to flood into Europe