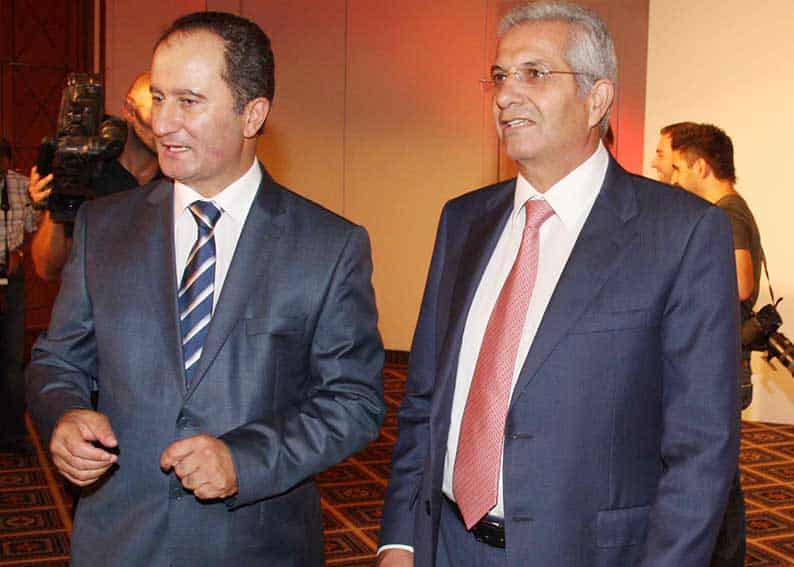 Akel leader Andros Kyprianou said on Tuesday that those who criticise possible presidential candidate Stavros Malas merely by the fact that he was not the party’s first choice, should stop worrying because they will find nothing else to criticise about him.

Malas on Tuesday had his first meeting with Akel’s general secretariat as part of the party’s quest to find the right candidate to back for in next year’s presidential elections.

The party’s central committee announced on Saturday that it has authorised the Akel general secretariat to proceed with their decision to “explore the possibilities” of cooperating with Malas in the February 2018 presidential elections, after cooperation with businessman Mike Spanos – who was their first choice – fell through last month.
If Malas and Akel’s leadership see eye to eye on important issues such as the Cyprus problem and the economy, the former’s candidacy would be ratified at a party conference set to be held in September.

Following the meeting, Akel leader Andros Kyprianou said that Malas has been approved by the majority of the party’s central committee, “because we believe that Stavros can gather around him the best, express most, meet the visions of the majority of Cypriot society and win its trust”.

“I want to make clear that this is an independent candidacy, he (Malas) is not a member of Akel, but has always been among Akel’s first choices,” Kyprianou said.

If the fact that Malas was not Akel’s first choice was the only argument critics had against his candidacy, Kyprianou said, “they should start worrying, because they will find nothing else against him”.

He added that Malas’ was one of the two names discussed by the party when it launched consultations to find a candidate to back.

“We tried to make a wider opening in society, we did not manage to persuade with that opening, and therefore Stavros Malas was for us a first choice and I consider this development natural,” Kyprianou said.

Malas, served as health minister during Demetris Christofias’ administration and was Akel’s candidate in the 2013 presidential elections where he made it to the second round but lost to Disy’s Nicos Anastasiades.

If the people of Akel approve the suggestion of the central committee, Kyprianou said, “then the progressive forces of the country will be ready to give a battle to be rid of the Anastasiades administration”.

At the meeting, the two sides made an open and sincere dialogue on the positions and principles on which Malas will base his political proposal for the elections, Kyprianou said.

He also welcomed that Malas’ “integrity, honesty, ethos and abilities are widely recognised by society itself”.

Kyprianou said that he believes Malas will be able to handle the Cyprus problem and the economy properly.

“It is obvious that things have reached a stalemate and we must keep the hope for a settlement solution (of the Cyprus problem) alive, not just any solution but one that will be based on the principles on which we have agreed with the international and the Turkish Cypriot community,” Kyprianou said.

The party believes, he said, that Malas, if elected, “can guarantee that he will handle these issues with the best possible way for the Cypriot people”.

Malas said that his cooperation with the party is not a not a casual agreement, and would lead to victory for the benefit of the people. He added that what he and Akel were saying back in 2013 “both on the Cyprus problem and the economy and more generally on the development of a viable economic model have been confirmed”.

He said he entered politics backed by Akel to give the opportunity “to capable and sincere people” to offer their services to the executive.

His consultations with Akel, he said are aimed at drafting an agreement which “will not culminate in managing partition, but managing the reunification of our country”.

Commenting on that he was not Akel’s first choice, he said that George Vassiliou – who won the 1988 elections – was not the party’s first choice either.

What’s important Malas said is that he and Akel will be judged by the outcome of their cooperation “and by the content of our proposals as a basis for the candidacy”.

‘Blue Economy’ to have its own annual conference