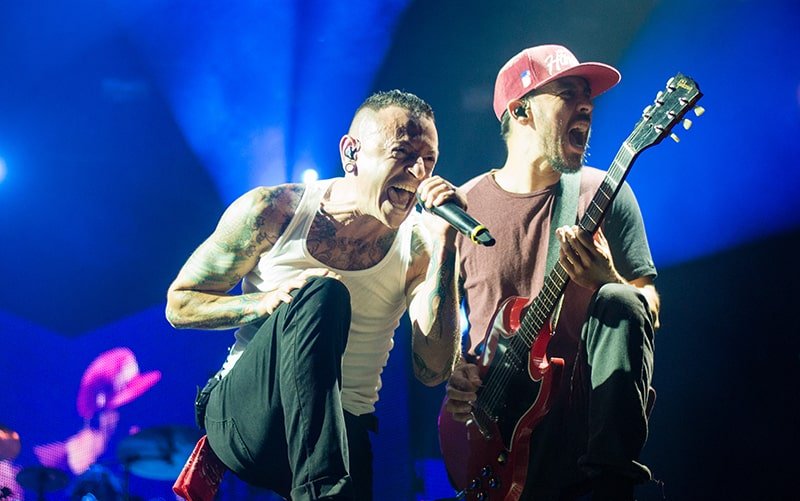 The Linkin Park frontman's body was found by his distraught maid

The Linkin Park frontman took his own life last week aged 41, and police have released audio of the 911 call in which the singer’s driver can be heard reporting the tragic incident while his maid is wailing in the background.

On the tape, obtained by TMZ, a driver for the ‘In The End’ hitmaker – who leaves behind six children and wife Talinda – says: “I just got to the location and his housekeeper came out and said he killed himself.

“I haven’t seen him, I’m sitting in the car, his housekeeper came out and said she found him dead.

“He’s hung himself. That’s what his housekeeper said, I haven’t seen him.”

Later in the tape, released by Police in Palos Verdes Estates, California, the driver confirmed the woman heard sobbing loudly in the background was Chester’s maid.

When asked by the operator if the woman in the background was the housekeeper, the driver replied: “Yeah, she’s talking to his wife.”

“Our hearts are broken. The shockwaves of grief and denial are still sweeping through our family as we come to grips with what has happened.

“You touched so many lives, maybe even more than you realized. In the past few days, we’ve seen an outpouring of love and support, both public and private, from around the world. Talinda and the family appreciate it, and want the world to know that you were the best husband, son, and father; the family will never be whole without you.

“Talking with you about the years ahead together, your excitement was infectious. Your absence leaves a void that can never be filled – a boisterous, funny, ambitious, creative, kind, generous voice in the room is missing.”