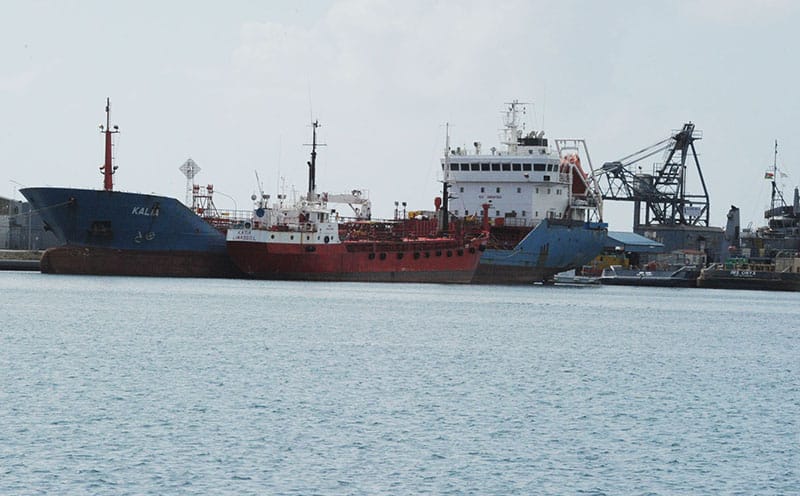 The Limassol port’s anchorage is the main source of pollution along the city’s coast, professor Costas Costa, head of the Technical University team that conducted a study on the issue, said on Tuesday.

Speaking to the Cyprus News Agency, Costa said Limassol mayor Nicos Nicolaides asked to be briefed on the study’s findings, and was sent a letter with the main conclusions and recommended measures, which were not adopted.

According to the results of laboratory testing of samples collected during the study, the main source of pollution in the marine area under study is the Limassol port’s anchorage.

Ships temporarily anchored at the Limassol port appear to be a major source of waste in the area.

To a lesser extent, fish farms south of the Limassol port were also found to discharge polluting substances like fats and oils, but these are considered of secondary importance.

Other minor polluters identified, Costa told Nicolaides, were the Limassol port and marina, while the Limassol Zoo, nearby hotels and aquaducts have been ruled out as possible polluters.

After the study was concluded, various meetings were held, both by the Limassol municipality and the transport ministry, where the findings and recommendations were discussed.

None of the study’s conclusions were challenged at any of these meetings, Costa noted, and the vast majority of stakeholders agreed that the anchorage appears to be the main source of pollution along Limassol’s coast.

In the letter to Nicolaides, Costa said that a company with a licence to collect ‘oil sludge’ from ships in the Limassol port or anchorage appears to also collect waste from the ships without being licenced to do so.

While no one knows what the company does with the waste it collects, Costa claimed in the letter, stakeholders have told him that, at least in some cases, it simply disposes of the waste in the sea, metres away from the anchorage.

The solution to the problem, Costa said, requires the creation of an appropriate mechanism in the Limassol port to receive and funnel waste from ships into the Limassol-Amathounda Sewerage Board (Sala).

But this, he added, would require infrastructure that would first pre-process waste, removing any substances not allowed in the Sala sewerage system.

“In the medium term, until such infrastructure can be created, a company must be licenced to collect waste from ships and dispose of it in designated areas,” the Technical University professor said.

Costa told CNA that Nicolaides’ predecessor Andreas Christou had asked that the study not be made public, with anyone requesting to see it being referred to the municipality.

The study, he added, was conducted from August to December 2015, but its findings continue to apply.

High-level European meeting on Covid being held in Limassol