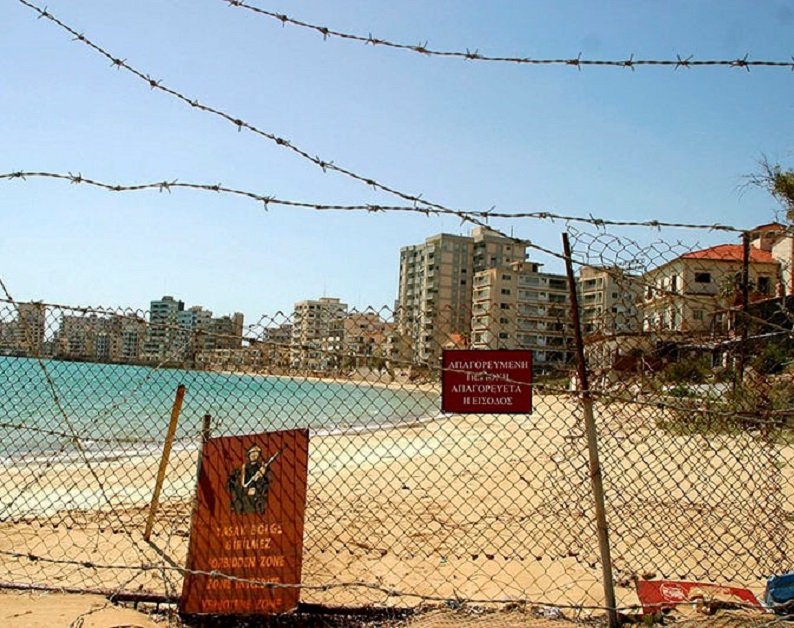 A settlement of the Cyprus problem must be based on European principles because they afford the best prospects for lasting peace and prosperity, Commission President Jan Claude Juncker said, as reports suggested the Turkish side could be opening the fenced-off town of Varosha, following a similar decision regarding Maronite villages.

“The EU provides a strong framework through which the historical bonds between the two communities must be strengthened further,” a letter to President Nicos Anastasiades said. “Any solution to the Cyprus problem should be a European solution because the EU affords the best prospects for a lasting peace and prosperity for the two communities and the country, but also for stability in the region.”

According to the presidency, the letter, which was sent on Wednesday, reaffirmed the EU’s readiness to support Cyprus during the process.

As the talks stalled earlier this month, President Nicos Anastasiades launched a very public attack against the UN, specifically special adviser Espen Barth Eide whom he accused of lying.

Anastasiades strongly rejected claims made by Eide that he may have squandered an opportunity offered unofficially by Turkey’s Foreign Minister Mevlut Cavusoglu.

The president had announced he would be making the minutes of the talks public to prove his point, but on Wednesday he backpedalled citing an appeal from UN Secretary General Antonio Guterres.

At the same time, Turkish Cypriot leader Mustafa Akinci announced on Wednesday that a decision had been made to allow Maronites to return to all their villages in the north of the island.

Akinci’s office said it work will be carried out to allow access to Maronite and mixed villages where Maronites and Turkish Cypriots used to live together.

Ayia Marina, Asomatos, and Karpasha are the three Maronite villages controlled by the Turkish military since 1974.

Ayia Marina and Asomatos are currently off limits, while Karpasha is also under military control but residents are allowed to live there.

The fourth Maronite village, Kormakitis, has no such status, and it is far easier for its residents to resettle there if they wish.

The representative of the Maronite community, Yiannakis Mousas, assured that he was managing the latest developments responsibly and did not want to make any comments on the substance at the moment.

He urged Maronites to remain united and calm and to trust their leadership.

Turkish daily newspaper Milliyet reported that the move was a rehearsal for the opening of the fenced-off town of Varosha under Turkish Cypriot rule.

An unnamed source quoted by the paper said opening the three villages was the first step.

“We will see what we have to face with the return procedure at the villages and we will have experience. Opening the three villages would serve as preparation for opening Varosha,” the source said.

Media in the north reported on Monday that Varosha would be opened to 16,000 people. Turkish Cypriot sources confirmed that the issue was on the agenda.

The town was abandoned by its inhabitants in August 1974 ahead of the advancing Turkish army.

It was subsequently fenced-off and access was barred except for Turkish military and United Nations personnel.

UN Security Council Resolution 550 of 1984 called for Varosha to be handed over to the administration of the United Nations and resettled by the inhabitants who were forced out.

Famagusta Mayor Alexis Galanos said if the Turkish Cypriot side had the good will, it would have implemented the resolutions calling for the return of the town to its lawful inhabitants under Greek Cypriot administration.

“These are tactical moves,” Galanos told Active radio. “At this moment, without ruling out actions towards permanent partition, they are playing with our nerves. I believe the large majority of Famagusta residents won’t accept such proposals.”

But there was a possibility of some people thinking differently after 43 years, he added.