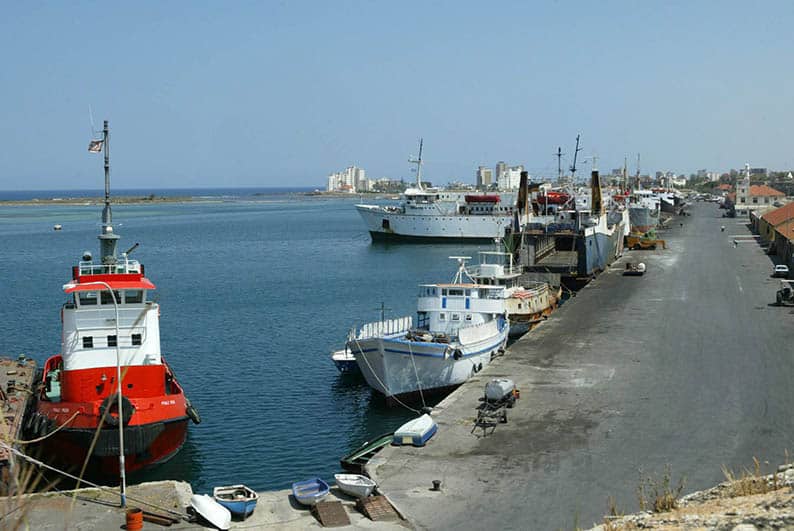 The ship was taken to Famagusta port - File photo

A ship an anti-migrant group planned to use as part of its campaign to protect Europe from mass migration was detained in Cyprus and then turned away with its crew, after discrepancies emerged in the status of a group of Sri Lankans on board.

Members of the Identarian movement, which says it wants to protect Europe’s identity from mass immigration, last week said they had chartered the C-Star which would set sail towards the Libyan coast to monitor humanitarian operations there.

But the vessel was impounded en route to Italy in Cyprus, because of conflicting accounts of whether Sri Lankans were trainees or migrants, several Turkish Cypriot sources said.

Its crew was later deported on board the vessel, Turkish Cypriot human rights activist Murat Kanatli said. Turkish Cypriot authorities were not immediately available for comment.

Five Sri Lankans on board have since sought asylum, human rights activists said. They were granted a 10-day visa, Kanatli added.

At the port of Famagusta, Turkish Cypriot authorities were told that the 20 Sri Lankans had ended their training period and would be returning to Sri Lanka via Ercan airport in northern Cyprus.

But Faika Deniz Pasha, an associate of the Refugee Rights Association in Northern Cyprus told Reuters, that at the airport the Sri Lankans said they had paid money to be taken to Italy.

“They said they were not seamen and had paid something like 10,000 euros,” she said.

Fifteen of them had left, but five said they did not wish to return to Sri Lanka and had asked for asylum, said Pasha, who said she was present at some of the encounters.

The Identarian movement, which calls its project ‘Defend Europe’, disputed that version of accounts.

It said NGOs had approached the trainees and ‘offered them to stay in Europe and apply for asylum, in exchange for promises and money’.

“Fifteen apprentices refused, five accepted this act of bribery and are now making false accusations against the owner of the ship,” it said in a statement.

The trainees were supposed to disembark in Egypt, but it was ‘ultimately impossible’, it said, without stating the reason.

The Identarian movement is tapping into growing unease, particularly in Italy, over immigration from North Africa.

Cyprus, an island about 100 km (60 miles) at its closest point from war-ravaged Syria, has barely been affected by the hundreds of thousands on the move over the past three years.

Horwath DSP Ltd announces new director to the board