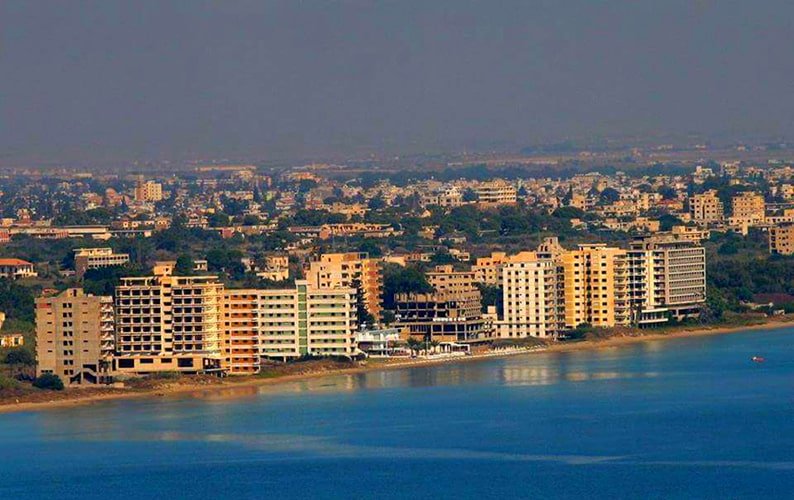 Cyprus is drafting a legal document to explain that the opening up of the fenced-off area of Varosha in Famagusta is tantamount to “expanding the [Turkish] occupation”, Foreign Minister Ioannis Kasoulides said on Thursday.

Kasoulides said Nicosia would be censuring the Turkish moves with the United Nations and elsewhere after reports gained legs that the return of Maronites to their villages in the north would be a rehearsal for opening Varosha.

On the Maronite announcement, Kasoulides said the government could not stop any Maronite from going back. “If Turkey genuinely cared about the Maronites, it would allow them to return under Greek Cypriot administration,” he said.

Media in the north reported on Monday that Varosha would be opened to 16,000 people. Turkish Cypriot sources confirmed that the issue was on the agenda.

Turkish daily newspaper Milliyet said on Thursday that the Maronite move was a rehearsal for the unilateral opening of Varosha under Turkish Cypriot administration. An unnamed source quoted by the paper said opening the three Maronite villages was the first step.

“We will see what we have to face with the return procedure at the villages and we will gain the experience. Opening the three villages would serve as preparation for opening Varosha,” the source said. Turkey would foot the bill for the resettlement, Milliyet said.

The paper added that the Varosha proposal came to the agenda in 2012 during the administration of former Turkish Cypriot leader Dervis Eroglu. According to the paper, Eroglu had prepared and submitted to Ankara a package for the opening of Varosha but the initiative came to a halt due to the crisis in Syria. It came up again during the visit last week of Turkish Foreign Minister Mevlut Cavusoglu to the north.

Varosha was abandoned by its inhabitants in August 1974 ahead of the advancing Turkish army.

It was subsequently fenced off, and access was barred except for the Turkish military and United Nations personnel.

UN Security Council Resolution 550 of 1984 called for Varosha to be handed over to the administration of the United Nations and resettled by the inhabitants who were forced out.

For his part, Famagusta Mayor Alexis Galanos said if the Turkish Cypriot side had the good will, it would have implemented the resolutions calling for the return of the town to its lawful inhabitants under Greek Cypriot administration.

“These are tactical moves,” Galanos told Active radio. “At this moment, without ruling out actions towards permanent partition, they are playing with our nerves. I believe the large majority of Famagusta residents won’t accept such proposals.”

But there was a possibility of some people thinking differently after 43 years, he added.

Earlier this week, Turkish Cypriot leader Mustafa Akinci announced that a decision had been made to allow Maronites to return to all their villages in the north of the island.

Gurdal Hudaoglu, Akinci’s ‘presidential undersecretary’, was quoted as saying that subsequent to the political decision, preparatory work – including infrastructure improvements – was already underway on Thursday to facilitate the return of Maronites to the villages in question.

Ayia Marina, Asomatos and Karpasha are the three Maronite villages controlled by the Turkish military since 1974.

Ayia Marina and Asomatos are currently off limits, while Karpasha is also under military control but residents are allowed to live there.

The fourth Maronite village, Kormakitis, has no such status, and it is far easier for its residents to resettle there if they wish.

The representative of the Maronite community, Yiannakis Mousas, assured that he was managing the latest developments responsibly and did not want to make any comments on the substance at the moment.

He urged Maronites to remain united and calm and to trust their leadership.