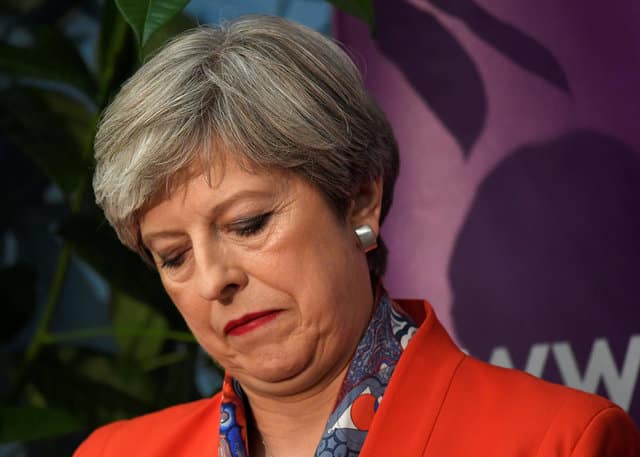 Northern Irish protestant politicians who are propping up British Prime Minister Theresa May’s minority government reacted with fury on Friday to a report that Ireland wants the Irish Sea to be its border with Britain after Brexit.

They described the idea as “absurd” and “unconstitutional”. One senior member of the group — the Democratic Unionist Party (DUP)– suggested it now meant “a very hard border” returning to the island.

It is a particularly sensitive issue given the decades of violence in the province that ended in a peace deal less than 20 years ago.

Politicians in London, Dublin, Belfast and Brussels have all said they want to avoid the return of a “hard border” on the divided island, although no progress has yet been made. It is one of the key decisions to be made before a Brexit agreement can be reached.

In the latest wrinkle, The Times newspaper reported that the Irish government’s preferred option is for customs and immigration checks to be located away from the land border and at ports and airports.

That would effectively draw a new border in the Irish sea — possibly meaning one between Britain and its province.

Ian Paisley Jr, one of the 10 DUP members of the British parliament allowing May’s government to stay in power, went on Twitter to condemn the idea.

May has said she wants the post-Brexit border to be as seamless as possible. Dublin, meanwhile, fears anything resembling the land border posts of the past could pose a risk to peace.

About 30,000 people cross the current, invisible frontier each day for work and many farms straddle both sides of the border.

Any hindrance to cross-border trade would hit Northern Ireland harder. The Republic accounts for 25 percent of Northern Irish exports outside the UK, compared with just 1.4 percent going the other direction.

Officials from the Irish government agency responsible for customs checks said in May that checks 10-15 km from the frontier were being considered. Then-finance minister Michael Noonan raised the possibility of control points at airports and ports over a year ago.

Such a scenario would be unacceptable to the eurosceptic DUP which was the only major Northern Irish party to campaign for Brexit and which wants to boost the union with Britain in the face of calls by Northern Irish nationalists to unite both sides of the Irish border.

“There is no way that the DUP would go for an option that creates a border between one part of the United Kingdom and the other. Dublin really needs to understand that the proposition is absurd, it’s unconstitutional,” DUP MP Jeffrey Donaldson told BBC Radio.

Overall, 52 per cent of voters in the United Kingdom voted in favour of leaving the EU in last year’s referendum, but a majority — 56 per cent — of those voting in Northern Ireland supported remaining in the bloc.

The Times also quoted a British government source as saying Dublin’s attitude on Brexit had hardened since the election last month of Prime Minister Leo Varadkar and his appointment of Simon Coveney as the country’s new foreign minister.

Coveney said last month that Britain and Ireland could not pretend that they can solve the border problem through technical solutions such as cameras, while other ministers have become more vocal about the slow progress in talks so far with one calling the British position politically incoherent.