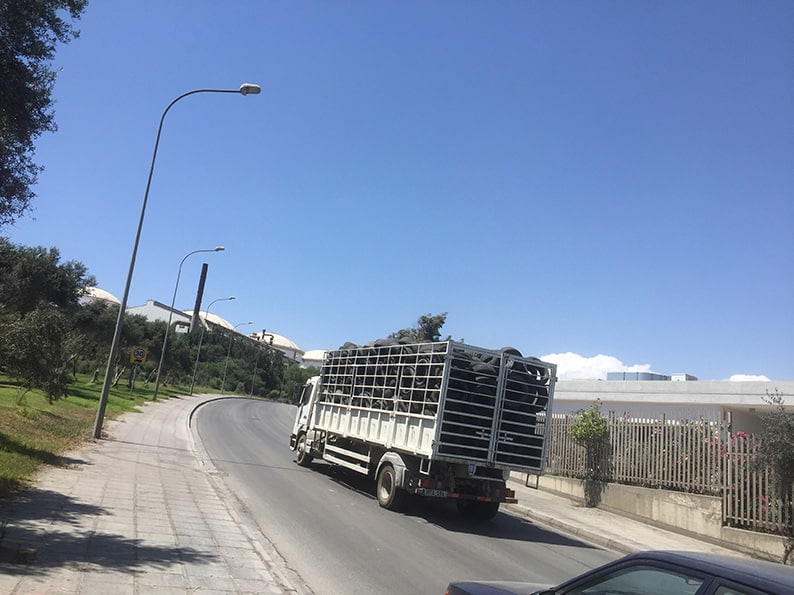 The area around Vasilikos is an explosion waiting to happen, head of the House Environment committee Adamos Adamou said on Friday after a meeting at the Vasilikos cement factory.

Speaking after a visit to the area where 4,500 tons of used tyres are set to be moved to from Dhali and Latourou following a government decision earlier this week, Adamou said the area “could explode any minute because of all the things that are there and need to be fixed.”

For instance, the area needs to be deforested, there needs to be better monitoring and safekeeping and a committee needs to be set up to oversee coordination efforts for spatial planning, he added.

A delegation from the House environment committee, labour office staffers, the environmental commissioner, community leaders and the fire chief had met at the Vasilikos cement factory and then took a bus to see where the used tyres will be stored.

Commenting on a new fire station set to be up and running by January 2019, for which works will begin in January next year, Adamou said it was too long to wait and with the industrial developments in the area, there should be proportional safety and security measures in place both for locals and environmental concerns “that at this point are far from being implemented.”

Head of the fire services Marcos Trangolas said the tyres would be kept at a licenced location to the north side of the Nicosia – Limassol highway.

Commenting on safety concerns, he told reporters “I was at the meeting that took place at the Presidential palace where the decision was taken. I agreed to it because I know the area, I visited it, it is a big area and there is no chance a fire can move outwards.

“There are water installations that can obliterate a fire within the first few minutes and prevent it from spreading.”

Additionally, the tyres would be compartmentalized to reduce the risk of fires spreading, Trangolas said.

Adamou stressed he was supportive of the move to transport the tyres as long as they were kept in licensed spots that would be spread out to reduce risks and kept under conditions of monitoring and safety.

It is the responsibility of the environmental department to licence other spots, he said.

The last fire at Vasilikos broke out at a place with which there was no licence and currently police are investigating the matter, Adamou added.

Kalavasos Community leader Lefteris Fokas said they had expressed concerns several times “but unfortunately we have not been heard out. We want all these reassurances from authorities to be given to us in writing.”

This is the condition the communities have put forward in order to get on board with the decision to move the tyres to Vasilikos, he said.