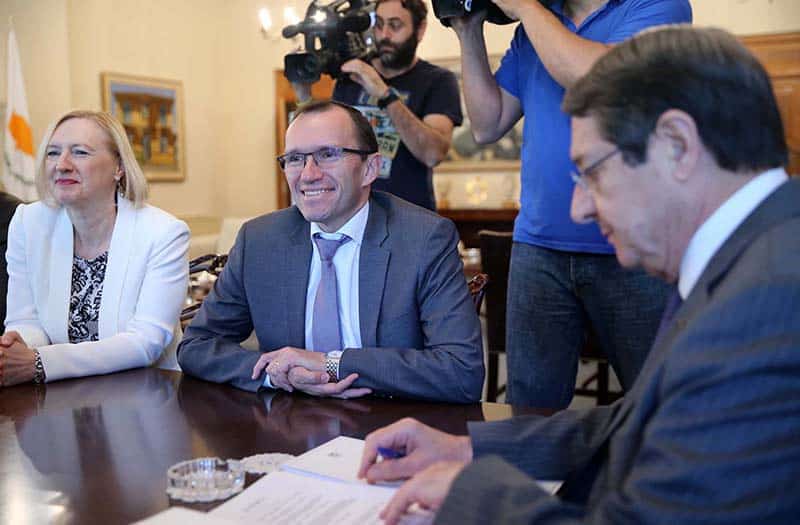 United Nations special adviser Espen Barth Eide’s visit to Cyprus next week will be his last as he officially leaves the post to pursue election in his home country, the Cyprus Mail has learnt.

Eide’s office has already sent out invitations to diplomats and military and police officials to his farewell reception next Thursday.

“Mr Espen Barth Eide requests the pleasure of your company at his Farewell Reception on Thursday, from 7:30pm to 9:30pm, at the Ledra Palace hotel in the Nicosia buffer zone,” the invitation read.

Eide had confirmed in an interview to daily Politis that he would be departing to pursue election in Norway in September, but had declined to say when he would actually leave.

But although the Norwegian diplomat is not scheduled to return to Cyprus again after next week, in his role as special adviser to the UN secretary-general, he will remain in the post for the time being as he and his team draft the report on the Cyprus peace talks to the Security Council.

Eide took over the post in August 2014, following a breakthrough that resulted in the February 2014 joint declaration by the two leaders in Cyprus. He replaced Australian diplomat Alexander Downer.

He managed to bring the two sides closer than ever before on many of the outstanding issues and brokered two international conferences and three bilateral sessions in Switzerland, but was unable to catalyse what he frequently referred to as the “last mile”, which he acknowledged was the most difficult.

Hamburg attacker ‘was known to security forces as Islamist’