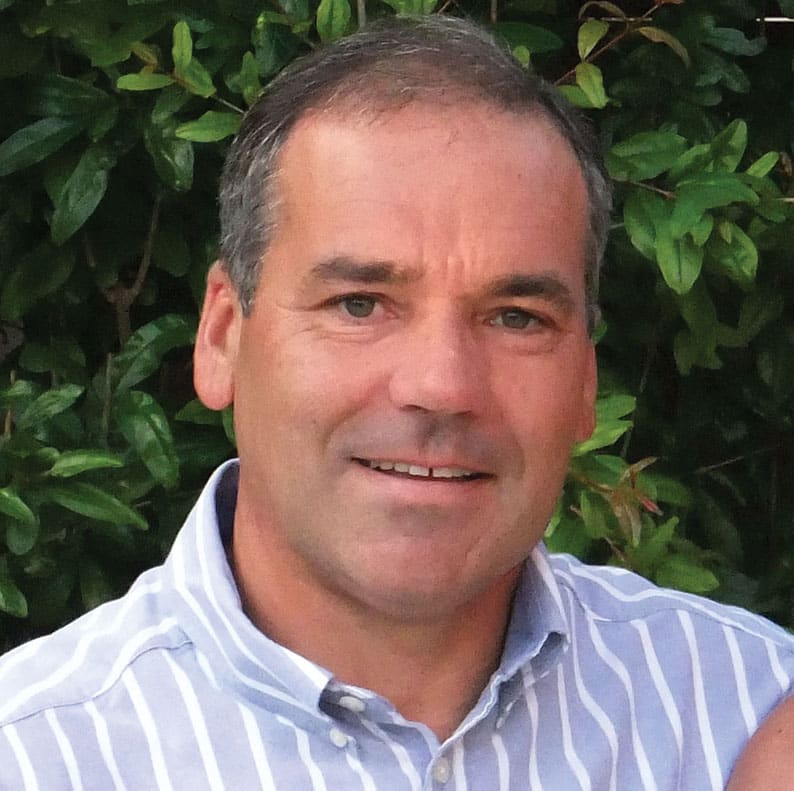 A British expat in Peyia is urging the minister of health to grant him access to essential cancer treatment before it is too late.

Alan McIntyre, 58, turned to the Sunday Mail to publicise his plight after his increasingly desperate pleas to the authorities went unheeded. He is in urgent need of chemotherapy to save his life and wants the health minister to personally authorise the treatment on a one-off basis on humanitarian grounds.

McIntyre, who served as a firefighter in Britain for 32 years, moved to Cyprus in 2009 after taking early retirement. He was belatedly diagnosed with colon cancer in 2015 and, because of the urgency of the situation, went to the private rather than public health sector for surgery.

Treatment and an operation in a Limassol clinic to remove a malignant tumour from his colon cost him around €17,000, using up his entire savings and leaving no money for the follow-up chemotherapy treatment he was prescribed. McIntyre then turned to the public health sector for the treatment but says he has been repeatedly denied it.

“A few small cancer cells which first showed up my 2015 CT scan have spread to my liver and lung and are growing daily.”

McIntyre was informed that he did not meet the criteria to obtain a Cyprus health card, even though he had applied on grounds of ‘special circumstances’ covering only chemotherapy treatment. As he does not have the thousands needed to pay for it privately, he believes the state has handed out a possible death sentence.

“I have no further resources, other than selling my home, which is frustratingly still on the market after nine months.”

To qualify for a medical card several conditions and criteria must be met. According to the ministry of health website, the applicant must be either a Cypriot citizen or EU permanent resident of Cyprus, contributed to the Social Insurance scheme for at least three years, and submitted a declaration that all tax obligations have been settled.

Annual income must not exceed €15,400 for single people without dependants or €30,750 for married couples. This limit is increased by €1,700 for each dependent child.

However, the website also states that people suffering from a chronic disease are eligible for a medical card providing the annual family income does not exceed €150,000.

In addition, EU retirees living permanently in Cyprus can apply by producing an S1 form (formerly E121), which allows them access to healthcare on the same basis as a national.

McIntyre’s wife, Sue, has been shattered by the entire experience and is now desperate to leave the island she once loved.

“Apart from being devastated by my cancer diagnosis, she is incredibly frustrated and traumatised by the entire experience. She has fallen out of love with Cyprus and wants to leave. In her head, she doesn’t live here anymore,” he said.

After his operation, doctors said that the cancer seemed not to have extended outside the treated area but that McIntyre should undergo a course of chemotherapy ‘just to be sure’.

He contacted PASYKAF – The Cyprus Association of Cancer Patients and Friends – and a representative met him at Paphos general hospital where a doctor ordered a raft of tests including a CT scan. He was told that he needed a medical card.

However, a staff member at the citizen’s centre in Paphos, where he had gone to fill in the necessary forms, told him that he was not eligible.

“No further explanation was forthcoming, even though my wife and I are living off my pension which is around £16,000 sterling.”

McIntyre asked for the form to be sent anyway and to make a special case for him. He attached a letter from his doctor but he received a reply that he couldn’t have a card as he is not entitled. He appealed to the health ministry and the minister but received no reply or acknowledgement. The British High Commission have also raised the matter with the minister, he said.

In March 2016, the Sunday Mail published an ‘open letter’ from McIntyre to the health minister, appealing for his help, but it went unanswered.

McIntyre’s June CT scan shows that lesions discovered in his liver in 2016 have now alarmingly doubled in size. Medics said this could have been prevented with chemotherapy treatment.

“I am asking the ministry to treat me as a special case, they have the power to do that as there is provision for special circumstances. I don’t want to die.”

He added that he feels abandoned by the authorities and that living in Paphos for more than eight years, paying Cyprus tax, VAT, IPT and local taxes, spending all his income in local shops and businesses, counts for nothing.

McIntyre is also appealing to MPs to speed up the full transposition of EU Regulations into Cyprus law that would benefit EU residents living in Cyprus. In particular, he refers to the EU Charter of Fundamental (Patients) Rights, which includes the Right of Access.

“It states that every individual has the right of access to the health services that his or her health needs require. The health services must guarantee equal access to everyone, without discriminating on the basis of financial resources, place of residence, kind of illness or time of access to services. An individual requiring treatment, but unable to sustain the costs, has the right to be served free of charge,” he said.

McIntyre added that the ombudsman agreed that Cyprus is not fully complying with EU Directives but this is a matter for MPs.

The minister of health’s press spokeswoman, Margarita Kyriakou, told the Sunday Mail: “If the patient does not meet the criteria, they should send a letter addressed to the Minister, asking for a medical card to be issued as an exception for cancer treatment, together with the medical report by their doctor. The Minister will then examine the request. It is stressed that the medical card – if approved – will be issued only for the above-mentioned purpose as an exception.”

When informed that McIntyre had already exhausted this approach, and should he re-apply, she said: “The procedure is the one I have already told you. I would like to clarify that I did not say that if the patient applies again the response will be positive.”

However, there is a glimmer of hope from McIntyre. It comes from the Green party MP, Charalambous Theopemptou, who has now stepped in and promised to investigate further in an attempt to secure McIntyre the much-needed chemotherapy treatment.

If the mountain will not come to Mohammad…