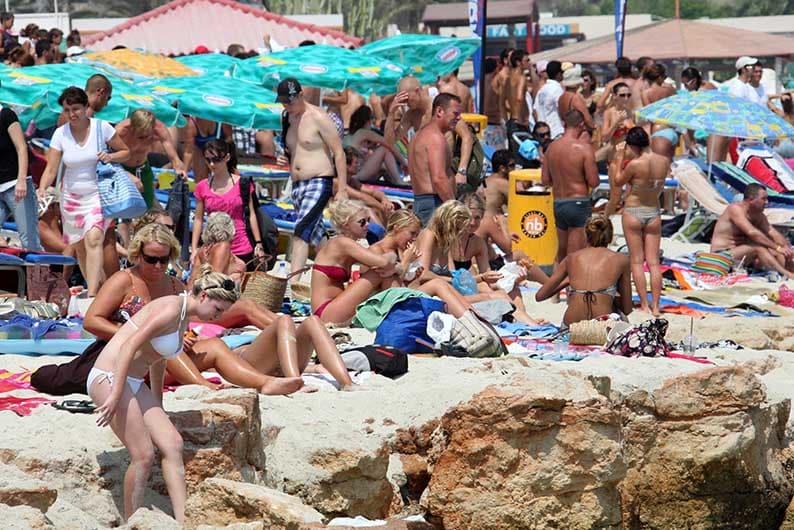 the government hopes the new deputy ministry will promote increased tourist arrivals, high-quality service and tackling the problem of seasonality

The main failure of the Cypriot politics is that so many people on both sides of the dividing line in Cyprus either don’t support a solution, or they would like a solution but on ‘their own terms’. The Cyprus Problem has sadly been a convenient political game by Cypriot politicians, both Greek and Turkish. The status quo supports the political establishment and provides easy patriotic arguments to win the moral high ground and thus attract voters and win elections.

Politics by definition implies compromise, but in Cyprus, no politician is prepared to spell out the compromises needed and the challenges that should be addressed in order to bring about a solution acceptable to both sides.

Hence let’s focus on the economics of the no solution compared to the benefits of a solution.

The biggest challenge facing Cyprus and the prospects for investment, growth and wealth creation is uncertainty. Every time a peace initiative fails, the level of uncertainty increases, even though many pretend it does not exist. The no solution scenario increases uncertainty and negatively affects the Cypriot economy and its citizens’ well-being. The actions of successive governments of the Republic have expounded the uncertainty and contributed to the deteriorating economic situation.

Let’s take for example the CY£300 million purchase of the S300 air defence missile system that ended up in Crete after the objections from Turkey; and the creation of the Stock Exchange without due care for investor’s rights and education that caused millions of pounds being lost by uninformed investors.

This latter ill-considered act destroyed many families and the savings of thousands of people who deserve better. In addition, think about the mismanagement of the economy and its banking system by the Christofias administration. If successive governments had an appropriate risk identification and assessment register, this should and could have been prevented. The fact that the Cypriot economy has proved so resilient over the years and kept going, despite the self-inflicted catastrophes and the 1974 invasion, which destroyed most economic activity, is a reflection of the entrepreneurial and innovative skills of the Cypriots.

With the prominence on the political agenda of the ‘perceived’ need of a solution from 1974 onwards, the Cypriot electorate has been very forgiving of the economic mismanagement, which has always taken second place, contrary to what would be expected in a different context.

Whenever there are elections, the main debate continues to centre on solving the Cyprus Problem within the UN and nowadays EU frameworks, even though these institutions have been blamed time and time again for previous failures. Still the focus remains the same. The forthcoming elections will again be contested around the Cyprus Problem and the winner will likely be the candidate with the most uncompromising and unrealistic assessment. If Aristotle were alive now, no doubt he would feel very depressed that his statement has been confined to the bins of Cyprus politics.

Let’s now consider the potential consequences of a solution from an economic point of view.

The pillars of the Cypriot economy are considered to be tourism, maritime transportation and professional services. Of the three, the first and third are very susceptible to uncertainty and as veteran politician Nicos Rolandis once said “…are like birds on a tree: one loud bang and they are off”. A no solution inevitably means that an accident or incident by anybody that wishes to pressurise the Cyprus government could easily lead to such a loud bang. If one accepts the premise that Turkey’s ultimate goal is to control the whole of Cyprus and its resources, any challenge to Turkey’s geopolitical interests would increase the likelihood of a loud bang. If that happens, once again the economy will suffer significantly and this will affect health care, education and the ability of the government to support its citizens.

Cyprus has been the net gainer of the so called Arab spring, since the traditional tourism markets of Egypt, North Africa and even Turkey have been seriously affected by recent events. This situation, however, will not continue and a time will come when stability will return and these markets will once again open for business. In that scenario, Cyprus will no longer be able to offer a competitive alternative. Mass tourism is very price sensitive and has no alliance to a specific country other than the sun. With the resolution of the Cyprus Problem and more friendly relations with Turkey, Cyprus could also be an attractive place to visit for the millions of tourists visiting Turkey annually.

Turkey is a massive market (among the top 20 economies in the world) and Cypriots with their entrepreneurial skills would be able to acquire new business and generate more wealth. Currently, Cypriot households pay 30 per cent more for electricity and 20 per cent more for foodstuff compared to their Turkish counterparts. With a solution and friendly relations with Turkey, Cyprus could obtain cheap electricity from Turkey. The annual electricity expenditure in Cyprus is approximately €2bn. A 20 per cent reduction would automatically mean €400 million of annual savings. If one adds the possibility of obtaining water from Turkey, then savings to Cypriot households and business would be even more significant, given how expensive is to produce water from desalination plants.

With a solution, Cypriot universities could easily find a ready-made mass market for higher education just a few miles from the northern coast of Cyprus which ultimately will provide the United Cyprus with a very high skilled workforce, part of the success story of Singapore.

Finally, the oil and gas explorations, given the scale of the investment needed, are even more susceptible to uncertainty than all the other sectors. Without a solution, Turkey will continue to oppose drilling exploration and extraction. This increased uncertainty will make oil companies think long and hard about their investment. By nature, private companies hate uncertainty and thus the idea that extraction can go ahead with Turkey causing problems is not realistic or, if it does happen, it may prove much more expensive than anticipated. At best, drilling exploration will be carried out but extraction may not begin until a solution is found. In the absence of a solution, Turkey has no interest to ‘behave’ and will continue to disrupt.

In no way, it is argued here that one needs to sell its soul to the ‘devil’. Once the long-term economic benefits of a solution are understood, the needed political compromise appears tolerable. If one sees the bigger picture and the economic reality post-solution, then with good negotiating skills, vision and leadership a win-win situation does no longer appear beyond reach.

The ill-informed who advocate the status quo and projects misery for the other side should think twice and seriously ask, as John Donne does in his famous poem, for whom does the bell toll? The loss to the Turkish Cypriots is also a loss to the Greek Cypriots. The death-bell rings for us all.

Professor Antonis Antoniou is a writer, educator and researcher. He is a former head of department of Economics & Finance at both Brunel and Durham universities and dean of Durham Business School, Durham University. He has published many academic papers and more recently has worked as an economic/financial consultant

Arrest after rings stolen in Limassol