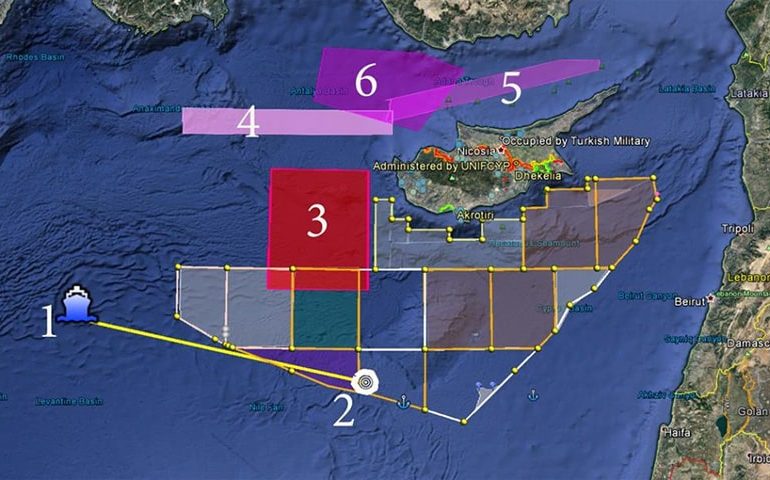 The government on Tuesday said it was still awaiting a ‘complete’ official response from Washington regarding the presence of a US warship in Cyprus’ economic waters a day earlier.

Government spokesman Nicos Christodoulides said that in the meantime Nicosia has been told by both the US State Department and the Pentagon that the US government did not ask for any Navtex – or navigational warning – to be issued for the ship in question.

“At the same time, several US ships are operating in the area due to the developments there, particularly in Syria. We expect a more specific and fuller briefing from the Americans by the end of the day,” the spokesman told reporters coming out of the National Council meeting held at the presidential palace.

Earlier in the day, director of the president’s office Michalis Sofocleous told the state broadcaster: “The only working theory – and it is only a theory – is that the Turks learned about the operations of the US warship in the area, and unilaterally issued a Navtex. The US government never asked Turkey to issue such an advisory.”

Last Friday, Turkish authorities issued a Navtex advising mariners of the presence of a US warship in a reserved area covering parts of blocks 5 and 6 of Cyprus’ EEZ, to the southwest of Paphos and in international waters.

The northern segment of Cyprus’ block 6 falls within what Turkey claims is part of its continental shelf.
According to the Turkish advisory (Navtex 746/17), the US warship would be towing an underwater device from 15:00 to 20:59 (UTC) on Monday, July 31.

This led to some speculation here as to whether the US had placed one of its ships under a Turkish Navtex within the Search and Rescue (SAR) Area of Responsibility of Cyprus.

Government sources told the Cyprus Mail that the Americans have confirmed to Nicosia the presence and operations of the US warship on Monday.

But the Americans never requested the issuing of a marine advisory.

“Their ship was operating in international waters. Moreover, it was not interfering with navigation, thus there was no requirement to issue any marine advisory. This type of thing occurs all the time,” the sources said.

The same sources also said the Americans made it clear this was not a case of a joint US-Turkey drill.

“It was only one ship, the American ship.”

What appears to have happened, the sources said, is that Turkey issued the otherwise unnecessary Navtex as a political statement – to emphasise that the area in question is under their SAR jurisdiction.

This is a common practice by Turkey, which does not recognise the Republic of Cyprus.

The US State Department was expected to make a statement on the issue during Tuesday’s press briefing, scheduled for 2pm (9pm Cyprus time).