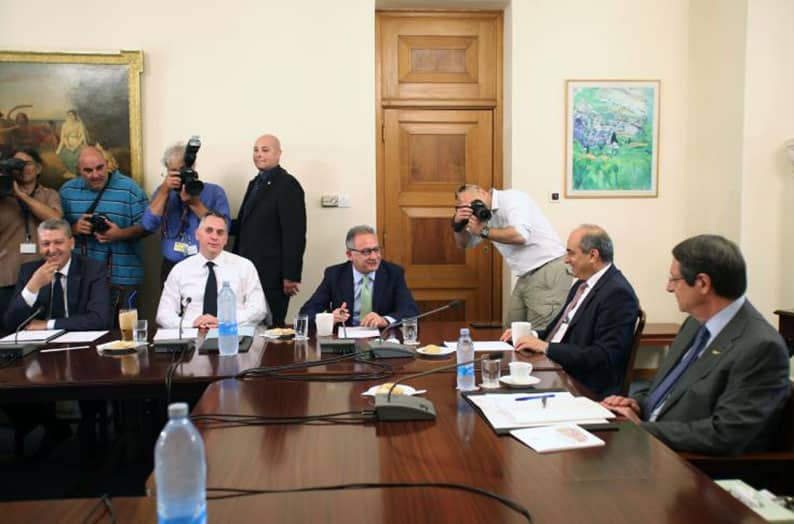 Tuesday’s National Council meeting was a “long and constructive debate” on the way forward following the failure of the talks in Crans-Montana, government spokesman Nicos Christodoulides said.

“We have heard the statements from the heads or representatives of political parties,” he said. “The first thing I want to say is that this is no time for disputes.”

The spokesman added that much was what is being heard from the parties is conflicting and not specific, which was why the president had asked them to submit specific proposals.

“It is time – and this is the strong belief of the president – for joint action to tackle existing situations after the state of affairs in Crans-Montana, which can be summarised by the fact that there was no result because of Turkey’s insistence on the Treaty of Guarantee, intervention rights, and a permanent military presence in Cyprus,” Christodoulides said.

“It is also time for joint action to address the Turkish plans intended to create impressions and serve other agendas that are intended to extend the occupation and to create new faits accomplis.”

He was referring to the move by the Turkish Cypriot side to facilitate the return of Maronites to their former villages in the north, and to reports, unconfirmed as yet, that the Turkish side would hand over the fenced-off town of Varosha to the UN.

Responding to a question, Christodoulides said that President Nicos Anastasiades’ meeting with Espen Barth Eide on Thursday is expected to be short as it would be their last meeting. He did not say whether Anastasiades would be attending the farewell reception for Eide later that day. Turkish Cypriot leader Mustafa Akinci has confirmed his attendance.

The spokesman said that Eide’s report on the Crans-Montana talks would be completed in the first ten days of this month. The government was not concerned about the contents, he added.

To an observation that Akel appeared to think the international community has a different opinion on why the talks collapsed, the spokesman said that at the last meeting between Anastasiades and Eide, the president had asked the UN envoy through specific questions about the talks’ failure and the answers he received were clear.

Christodoulides said the National Council would meet again in September. In the meantime, the president expected concrete proposals as soon as possible from the parties.

“Today, the positions that were made were general, some may be described as more specific, but an invitation was made by the President of the Republic to make specific suggestions,” he said.

He said that when the final list of measures was finalised, they would be implemented but they would not be publicly known before they were executed as this would weaken their impact, he said.

“We have been working on these measures for days. These are preventive measures and measures to prevent the Turkish plans, which are not aimed at resolving the Cyprus problem,” Christodoulides said.