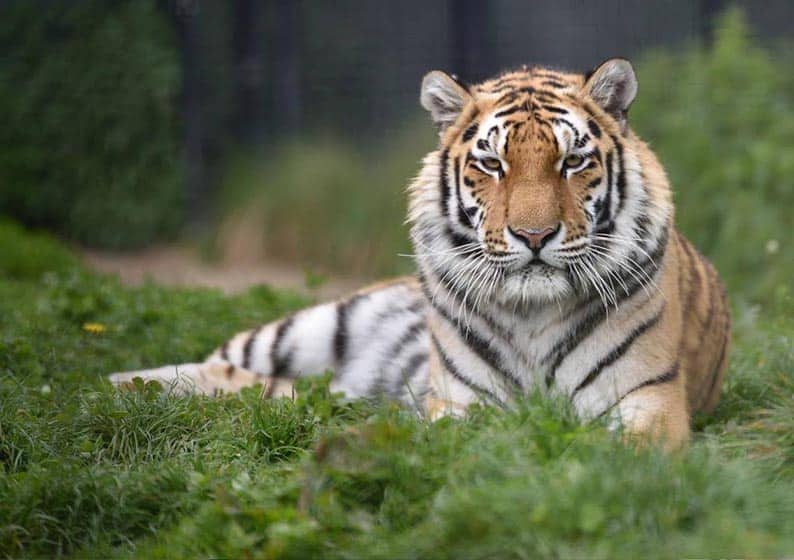 PAPHOS zoo is celebrating as one of their hand-reared Siberian tiger cubs is about to be released into a protected forest in Russia to help increase the dwindling numbers of the animals in the wild.

Ioulious Christoforou told the Cyprus Mail that he was ecstatic when he heard the news, as he hand-reared the female tiger cub named Aphrodite for the first part of her life. The female cub was born to Siberian tiger, Bonnie and Clyde in April 2015 at Paphos Zoo, but her mother was unable to produce enough milk, so Christoforou stepped in to help.

“This is a very proud moment for all of us at the zoo and me in particular. I have a special connection with Aphrodite and it was every hard to say goodbye to her at the airport, I felt very sad, but I knew that she could possibly contribute to a good cause and now she is.”

Aphrodite was transferred to the Lion Foundation in the Netherlands which has a partnership with the Severtsov Institute in Russia. The Lion Foundation, a non- profit organisation, is a rescue facility for big cats established in 2012, with the aim of preparing the animals for a return to the wild.

The Siberian tiger, also called the Amur tiger, are a protected species. They can weigh over 300kg and live mostly in the mountain region in Russia. Intense poaching and habitat loss are seriously threatening the survival of Siberian tigers in the wild.

After extensive tests, Aphrodite was paired with a male to assist in the conservation of the protected species.

She was DNA tested and found to be a pure bred Siberian tiger and perfect for the programme, as she is strong, has a good temper and has many good characteristics, Christoforou said.

“It is our dream to breed and rehabilitate animals and birds back into the wild and help protect them from extinction, and we are going some way towards achieving our goal in assisting the conservation of endangered species,” he said.

“We are happy that we are breeding strong babies and are part of a number of breeding programmes.”

The zoo also specialises in breeding birds and have experienced amazing results, he said, especially with parrots.

Over the last five years, the zoo has produced around 20 Blue-throated Macaw, which are an endangered species, with around only 400 known in the wild.

“We hope to help to rehabilitate these birds into the wild through a number of programmes,” he said.

The zoo has also celebrated two successful hatchings of the extremely rare Red-tailed black cockatoos, and they are also part of a breeding programme.

“We are improving all the time, we concentrate on keeping the animals and birds happy, enriching their lives in captivity, looking after them well, caring for them and giving them the best food we can,” he said.

Chistoforou said that he also hopes that a group of Scimitar Oryx deer at the zoo will breed, as they were declared extinct in the wild in 2000.

“A group of scientists are trying to rehabilitate some of these deer into their natural environment in the wild. If the programme is successful, we hope to join up and be a part of this too,” he said.

Paphos Zoo, which is licensed from the veterinary department of the government, covers 100,000 square metres and opened in September 2003.

Our View: Economic reform programme has little to show