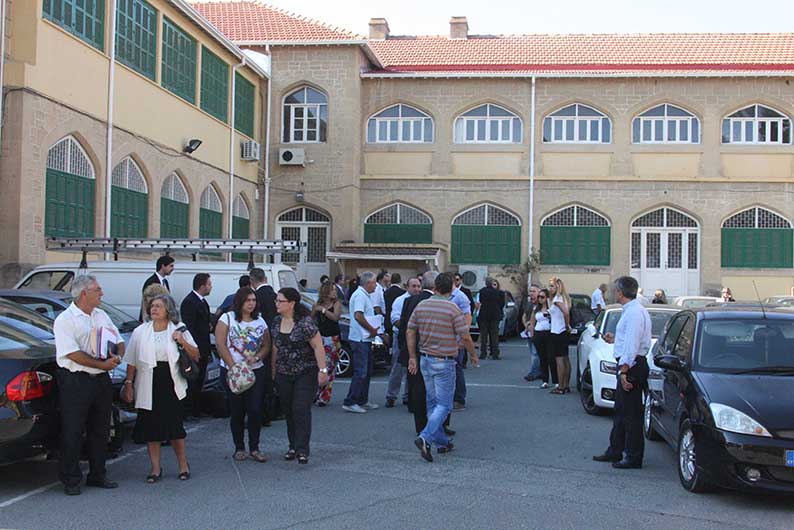 Reading out the sentence, the judge said Herodotou, 30, would serve a two-year prison sentence, incur 10 penalty points and not be allowed to have a driving licence for the next two and a half years as a penalty for the reckless driving charge effective immediately.

“Unfortunately, the way the defendant behaved resulted in the tragic loss of a young person’s life,” the judge said.

The prison sentence was not suspended due to the severity of the case.

Her time in prison will count from the date of her arrest and consequent detention on January 8.

The maximum penalty for reckless driving is four years or a fine up to €2,500.

No penalty was imposed for running a red light as the events surrounding it were included in the first charge, the judge said.

She was ordered to pay €315 court expenses.

The sentence comes almost 10 years after the crime was committed and six-years after the case was re-opened in 2011 but Herodotou and her family had escaped to Greece, evading arrest despite European arrest warrants issued against them.

One person from her circle was heard outside the courtroom saying “it’s two years, she should be really happy.”

Friends of Herodotou patted her on the shoulder as she exited the courtroom wearing a neat black dress. Ioannou’s parents did not attend Tuesday’s court session as they had done on earlier occasions.

His father Pambos, said they did not attend the hearing because they were not interested in the sentence.

“Our goal was for the truth to shine, a truth we knew for years now but according to the judge in the first trial in 2009 ‘the truth didn’t shine’; now it has,” he said on his Facebook page.

Ioannou urged people to show understanding and avoid discussing the sentence imposed by the court.

“Today we must all think that no matter how much time goes by, our actions never stop following us with the consequences they carry,” he said.

Of the incident in which his son was killed, Ioannou said it was an unfortunate moment that could happen to anyone.

“No one can be certain of what could happen to them and when. It happened to Emilios on December 27, 2007. His loss hurts a lot, it hurts so much that the pain reaches the bone and it does not appear to subside.”

The case was tried as a Newton hearing by which the judge had to reach his own conclusions as to whether Herodotou was aware of the warrants against her or not as the defence and prosecution could not agree.

Although her defence lawyer Christos Triantafyllides had argued that her address for tax details was registered under her name, the judge countered that the court in Greece had a different address.

Nevertheless, the role was not to examine Interpol’s competence but whether Herodotou was aware of the warrants and the case against her, he added.

The judge said it was beyond doubt that she knew she was wanted by Cypriot authorities as her brother, in June 2013 had sent a letter to the justice minister pleading for his family’s case and calling for the warrants to be dropped.

The fact that he was not called as a witness to be cross examined did not count in his favour, he added.

Additionally, Herodotou had told a psychologist in 2011 that she had gone to Greece when the case re-opened because she couldn’t bear to follow the case.

Thus “there is no other conclusion that she knew she was wanted since 2011,” but did not come to Cyprus, the judge said.

Defence, argued Herodotou had a clean criminal record and suffered from severe panic attacks, having to undergo two triple surgeries for gynaecological problems stemming from her psychological issues as a result of the accident.

Herodotou also said she had been hounded by the media and friends and family of the victim, portrayed as a murderer.

The judge however on Tuesday said “I have not come to understand, based on what she has said through interviews with social workers and the mental health services any indication of sincere regret.”

More so, she herself has said she ‘paid’ for her mistake “emotionally, psychologically, socially and financially,” the judge’s decision said.

A report by the mental health services did not find any mental disorders but recommended Herodotou work with a psychologist so she can process everything that has taken place.

In answer to the defence that had tried to persuade the court that a long time had passed since the time of the accident and should be used to lessen the sentence, the judge said Herodotou was the one to blame for the delay as she had not returned to Cyprus.

Herodotou had denied any legal responsibility for the accident that took place in the early hours of December 27, 2007, when she drove past a red traffic light in her car, hitting Ioannou, who was on his moped.

Despite wearing a helmet, he died and Herodotou fled the scene.

Although she initially faced four charges – causing death by careless driving, driving under the influence of alcohol, running a red light and abandoning the scene, all but the latter were dropped.

Consequently, she was charged with €120 court expenses, forbidden to drive for the next two years and sentenced to two-months in prison suspended for three years.

The case was re-opened in 2011 after it was found evidence submitted in the trial had been tampered with and at least one witness had come clean about lying under oath.

Although he and the state attorney who had been on Ioannou’s case were not found guilty, the attorney was forced to resign.

Ioannou’s father had said in an earlier interview, that the attorney had not submitted documentation that proved Herodotou had been driving three times over the alcohol limit the night she committed the crime leading to the charge being dropped.

Herodotou’s parents have been found guilty of inciting a witness to perjury, forgery and circulating documents and of the use of counterfeit evidence and are set to be sentenced later this week.

Her father, who held a post in national guard has retired and her mother worked at a private clinic but resigned in 2008 to look after her daughter.

Paphos athletes to represent the region at international events