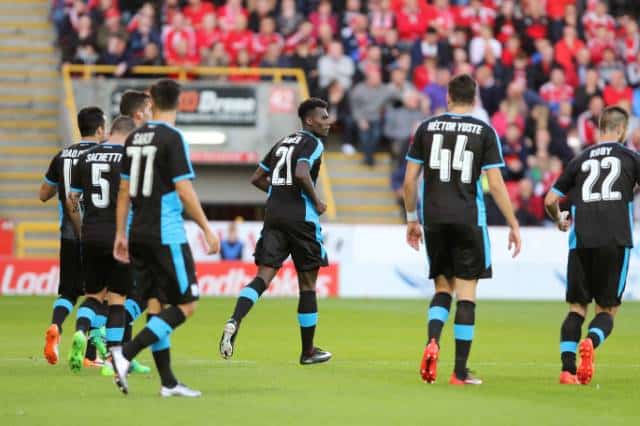 AEK and Apollon are aiming to reach the playoff round of the Europa League on Thursday, but the pair find themselves in contrasting situations against Dinamo Minsk and Aberdeen respectively.

The Larnaca club managed a significant 2-0 win at home last week against Dinamo Minsk, and now travel to Belarus to defend their advantage.

Kicking off at 6pm, AEK are well aware that, despite having a good lead in hand from the first leg, no away trip in European competition is easy.

Dinamo have won their previous two home European matches this campaign, 2-1 against NSI and 3-0 versus Rabotnicki. Encouragement for AEK however will be the fact that domestically, in the month of July, Dinamo have lost twice at home: 1-3 to Vitebsk in the league and 0-1 against Dnepr Mogilev in the cup.

AEK coach Imanol Idiakez will be looking to maintain the momentum his side has gathered in the previous rounds, where they have won four of their five qualifiers, conceding just once in the process. Those missing for AEK will be Maloku, Rousias, Egglezou, Charalambides, Garrido, Pankov and Ortiz, for varying reasons.

Apollon meanwhile suffered a 2-1 defeat in Scotland and now must win at the AEK Arena to book their place in the next round.

Aberdeen opted against training on the island before the match as they carried out their final preparations in Scotland prior to their departure. They followed the same routine in their victory over Siroki Brijeg in the previous round and want to stick to their winning routine.

After a feisty first leg, and a heated return game expected, Aberdeen boss Derek McInnes urged his players to keep their cool.

“We don’t know who the ref will be over there yet and that can have a big bearing on the result. So we need to have that element of control and self-restraint at the right times.

“It’s only half-time in the tie. We would have taken being 2-1 up at this stage but so much can change quickly with a goal either way. I’m confident we can see the job through.”

Guilty of some first-leg rash challenges was Apollon centre-back Esteban Sachetti, who was sent off for two bookable offences and will now miss the second leg.

Also in the stands will be Apollon manager Sofronis Avgousti, for his actions after his side equalised. According to the referee’s report, Avgousti was asked to leave the dugout after he “celebrated in a provocative manner right in front of the home team’s technical area and then went back onto the pitch.”

Aberdeen’s Ryan Christie, who scored the opener in last week’s encounter, agreed with his manager about temperament: “We’ll need to manage that side of the game if it’s similar. That will be important.

“We don’t want to get a silly red card or even bookings early on. When it’s so intense it’s difficult if you’re on a yellow in the first 10 minutes,” he said, before concluding that they must not crumble under the intense atmosphere: “We’ll need to be disciplined and make sure it doesn’t affect us.”

Apollon announced on Wednesday that the AEK Arena, which has a maximum capacity of 7,400, has been sold out and urged their team to “turn the Arena into a furnace” and help push their side to victory.