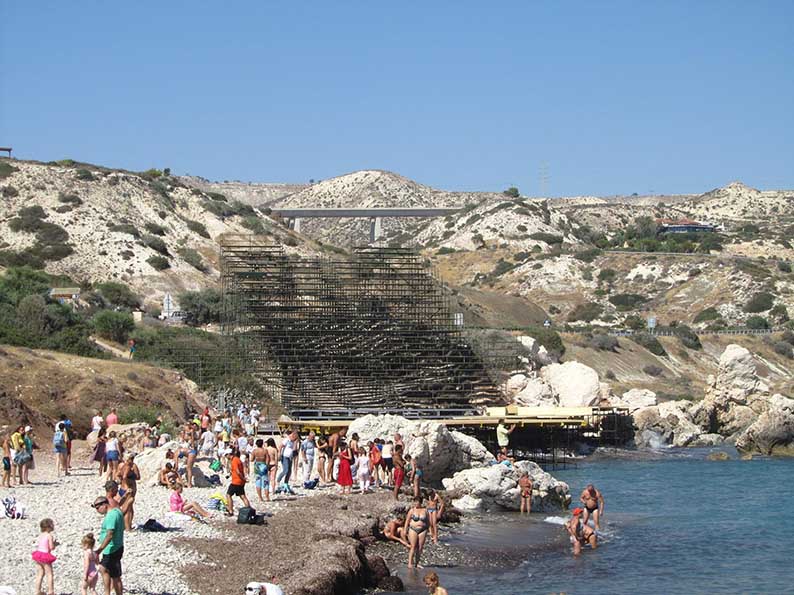 AS Paphos prepares for two sell out concerts, which are highlights of Pafos2017, environmentalists are hitting out at authorities for giving permission for the events to be held at Petra tou Romiou, one of the most protected areas in Cyprus.

The Paphos branch of the Green party issued a statement on Wednesday criticising the creation of temporary seating and a stage in the area on Tuesday.

Legend has it that Petra tou Romiou, also known as Aphrodite’s rock, is the birthplace of Aphrodite, the goddess of love and fertility.

“The rig positioning at Aphrodite’s Rock, which covers a foreshore area and also extends into the sea, is a provocative move, obviously destructive to the natural environment, and which under any circumstances cannot be tolerated,” the Greens said in a statement.

Paphos Green party secretary, Andreas Evlavis, told the Cyprus Mail that fork lifts and other machinery were at the ancient site on Tuesday and work crews were constructing the stage and seating, much to the surprise of the hundreds of visitors who had gone to the area, expecting to find a peaceful beach.

He said there are also concerns that the concerts are opening the way for other similar events in the future, and that the natural setting of the historic site must be preserved.

“It’s not necessary to hold events here and say it’s promoting culture. This is not the right place, or the right time for an event.”

“Aphrodite’s rock does not need promoting, it is one of the most historic and popular areas of Cyprus. It is part of our heritage and a very sensitive area and we should be protecting it,” he said.

The concerts are due to be held on August 4 and 5 and a large audience is expected to attend.

“No building is allowed in this area and umbrellas are not even permitted on the beach. I don’t understand why the authorities gave permission for these events,” he said.

Evlavis added that an international beauty contest due to be held at the site a number of years ago raised huge objections as soon as work got underway to facilitate the event, and a large demonstration prevented it from going ahead.

“What will happen when someone else wants to hold an event here after these concerts and they use this as a precedent,” he said.

Evlavis suggested that Curium or the ancient amphitheatre in Kato Paphos would have been more suitable venues.

In addition, at an area close by the Green party also said a handful of pine trees were cut to make way for an artist’s creations and give a better view

“The local community, and the whole of Cyprus requires explanations concerning the relevant department’s approval and for the idea that Pafos2017 sacrifice the natural environment for the sake of the supposed promotion of culture. If anything this move proves that both of the two entities are unable to fulfil their role.” 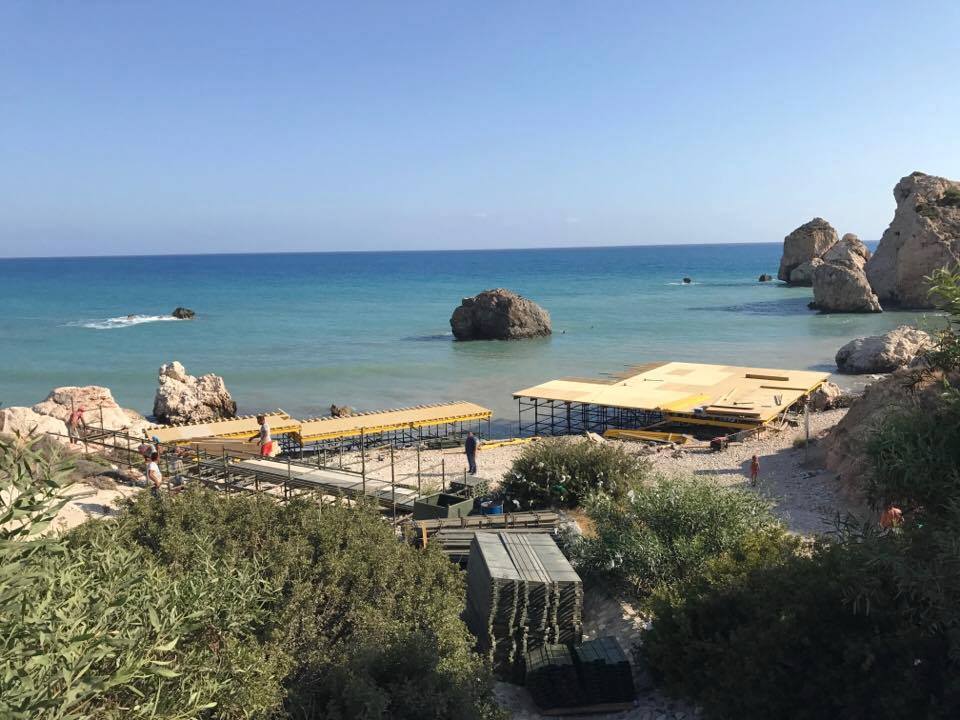