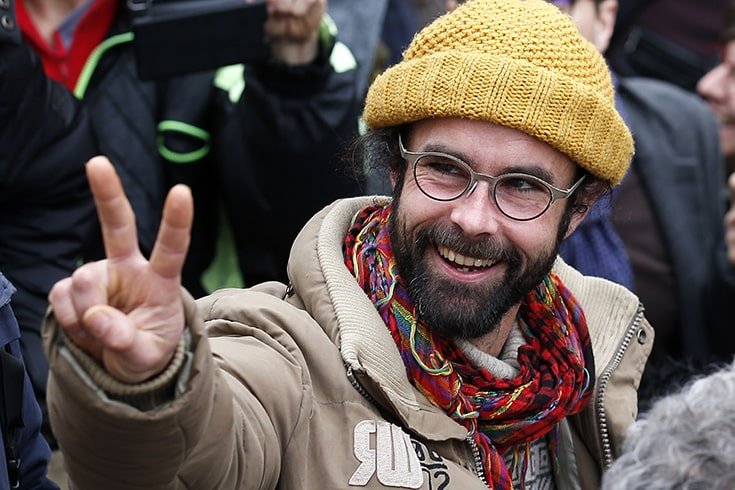 A French farmer who helped hundreds of illegal African migrants was handed a four-month suspended jail sentence on Tuesday, but he said he would challenge the “over the top” ruling because he was doing a job that the state should be doing.

Cedric Herrou, an olive farmer who says he aided and lodged as many as 3,000 migrants who crossed from Italy, was sentenced by an appeals court in the town of Aix-en-Provence in southern France.

“They’re trying to silence me, it is over the top,” Herrou, whose activism has made him a household name with many friends and many detractors, told Reuters of the ruling. “I am being told what I should not do but not what I should do.”

He said he would take the case to the supreme court to try to get the legal action against him annulled. He also denounced what he called the state’s failure to live up to a humanitarian duty towards thousands of people fleeing war and strife.

Record arrivals of migrants from the Middle East and Africa remain a major concern across Europe, where political leaders are under pressure to reconcile humanitarian imperatives with voter worries about jobs and security.

Herrou ended up in court after ferrying hundreds of migrants from the Italian frontier to his home in the Roya Valley in 2016 and housing them in a makeshift campsite at a disused railway premises.

He also risks a second trial in a separate case where he is being pursued by state prosecutors who suspect him of helping migrants enter France illegally from Italy. That affair follows his arrest with 150 migrants at a train station in the Riviera city of Cannes, not far from the Italian border. He was also handed a suspended €3,000 fine in February.

Migrants who successfully cross the Mediterranean sea from places such as Libya to the southern tip of Italy — thousands have died trying to do so in recent months — often go north to a place called Ventimiglia, from where they try to slip across the border into France.

The area is often described in the media as a “mini-Calais”, a smaller hotspot alongside the notorious Calais port city on the northern coast of France, where many migrants head in the hope of making a short sea-crossing to Britain.

Bulldozers razed an illegal campsite known as “The Jungle” in Calais last November and dispatched thousands of migrants to towns and villages across the country pending processing of asylum requests.

But that spot has seen several hundred new arrivals over the past few months. A court recently ordered the French local and national authorities to provide migrants there with access to water after legal action by charities who accused the state of turning its back on a humanitarian crisis.

Kids glued to phones could save UK, ex-spy chief says