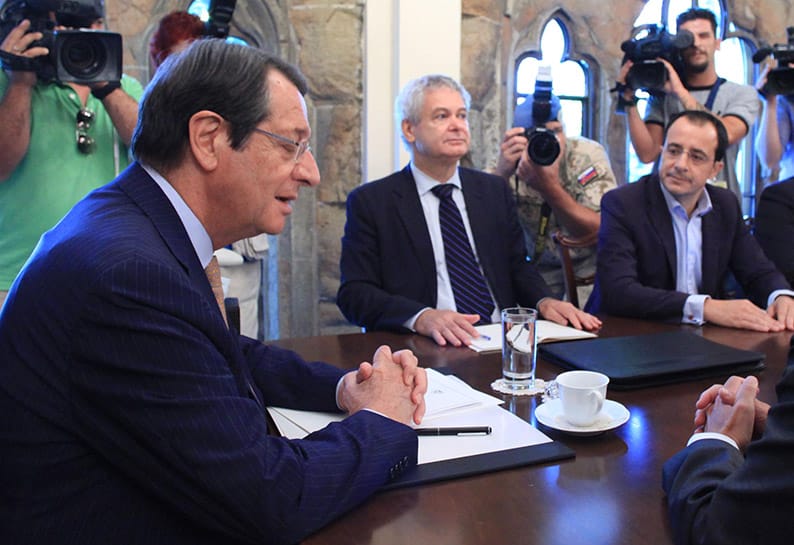 THE most prevalent explanation of the turnaround of Nicos Anastasiades, towards the end of 2016, from a fervent supporter of the reunification of Cyprus to an adversary of the idea, fully aligned with the rejectionist parties of Cyprus and the foreign powers that do not favour the settlement of the Cyprus Problem, is founded on secret opinion polls that were conducted on instructions of the presidential palace, in the autumn of 2016.

They indicated that voting in favour of a new plan by the Greek Cypriot side was far from certain.  The argument of those advising the President was that a second thunderous “No” on the part of the Greek Cypriots would be truly detrimental to their cause and would have meant the end of the political career of the current occupant of the presidency.

The fact is that this conclusion was drawn on a superficial and casual basis.  The opinion poll was simply one of the many tools that the supporters of the partition of Cyprus have used in their struggle to attain their goal.

The result that was predicted by the opinion poll was not the product of a lack of political judgement on the part of the people of Cyprus.  No doubt, the economic interests and the political aspirations of many Greek Cypriots constitute the primary factors that shape their behaviour.

However, the vast majority of the people of Cyprus, have been consistently bombarded with misinformation, under a plan, which was implemented with the support of numerous mass communication media and was supported by most Greek Cypriot political parties.

For example, the impression given to Greek Cypriots that Turkey is seeking to secure for all Turkish nationals, i.e. for 80 million people, the right of settlement in Cyprus is totally unfounded.  Another poison pill widely served is the constantly projected position by most Greek Cypriot political parties, by the Cyprus Broadcasting Corporation but also by many publications, such as “Phileleftheros”, namely that Turkey is an unreliable negotiator, who not only has never honoured and will never honour what she agrees to  but, in fact, there are no practical steps that can be taken to offset and neutralise this irresponsible behaviour on the part of Cyprus’ neighbour.

Indeed, there are those who are convinced that Turkey’s ultimate objective is the occupation of the whole of Cyprus and the annexing of the island to Turkey or, alternatively, elevating Cyprus to a satellite state of the Republic of Turkey.

I have no way of knowing what the true intentions of Turkey are and I refuse to accept the phobias of many of my compatriots as the appropriate basis for formulating the Greek Cypriot strategies.  What I do know is that these allegations by the majority of the Greek Cypriot political parties but also by a sizeable segment of the mass communication media has had no impact on the Greek Cypriot case – none whatsoever – other than to alienate the Greek Cypriot side from its friends and allies and to dress a monstrous plan to partition Cyprus as the most “convenient” solution of the problem.

This phenomenon of elevating Turkey’s strategic target in the fifties to the present-day preferred choice of many Greek Cypriots is something, which I have great difficulty to explain.  Nevertheless, I believe that there are enough pointers leading to a tentative diagnosis:

First is the chasing of the throne.  It is fairly evident that many Greek Cypriot politicians would sacrifice everything in return for the joy – even for a short while – of power.  The possibility of being photographed with the mighty leaders of Europe and the world is seen as a very attractive proposition.  In this category, one should include those who do not qualify for the top positions but would be happy to settle for a photograph next to a president or even a junior minister.

Then we have the economic interests.  Many Greek Cypriots have made large fortunes by taking advantage of the opportunities that were created by the war in 1974.  These people view the project of re-unifying Cyprus as a “reshuffling of the cards”, with an uncertain outcome, inducing them to settle for the certainty and the perceived security of the status quo.

What is truly impressive is that all the above people readily attack, with insults and other forms of indecent abuses, those few who have the courage to present the truth in a naked form and to assign responsibilities where they belong.  Under these circumstances what can I say beyond the recent saying “Cyprus, good luck!”.

Parties pounce on president’s view of why talks failed