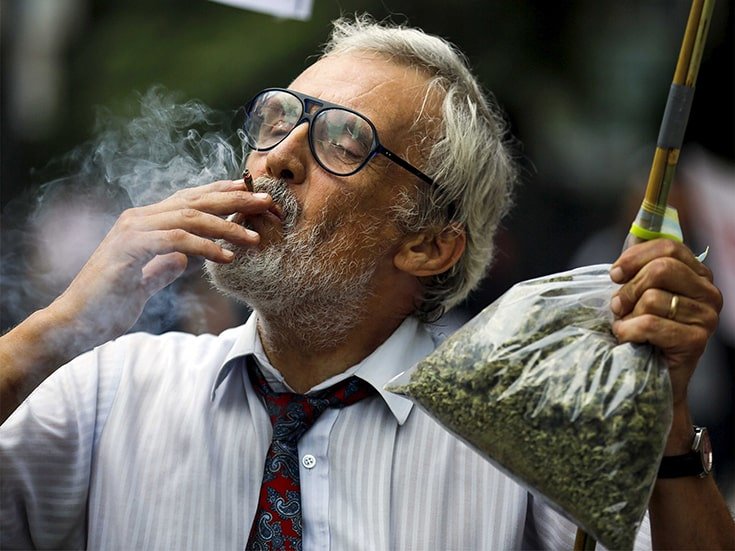 The risk grows with every year of marijuana use, the scientists said

People who smoke marijuana have a three times greater risk of dying from hypertension, or high blood pressure, than those who have never used the drug, scientists said on Wednesday.

The risk grows with every year of use, they said.

The findings, from a study of some 1,200 people, could have implications in the United States among other countries. Several states have legalised marijuana and others are moving towards it. It is decriminalised in a number of other countries.

“Support for liberal marijuana use is partly due to claims that it is beneficial and possibly not harmful to health,” said Barbara Yankey, who co-led the research at the school of public health at Georgia State University in the United States.

“It is important to establish whether any health benefits outweigh the potential health, social and economic risks. If marijuana use is implicated in cardiovascular diseases and deaths, then it rests on the health community and policy makers to protect the public.”

Marijuana is also sometimes used for medicinal purposes, such as for glaucoma.

The study, published in the European Journal of Preventive Cardiology, was a retrospective follow-up study of 1,213 people aged 20 or above who had been involved in a large and ongoing National Health and Nutrition Examination Survey. In 2005–2006, they were asked if they had ever used marijuana.

For Yankey’s study, information on marijuana use was merged with mortality data in 2011 from the US National Center for Health Statistics, and adjusted for confounding factors such as tobacco smoking and variables including sex, age and ethnicity.

The average duration of use among users of marijuana, or cannabis, was 11.5 years.

The results showed marijuana users had a 3.42-times higher risk of death from hypertension than non-users, and a 1.04 greater risk for each year of use.

There was no link between marijuana use and dying from heart or cerebrovascular diseases such as strokes.

Yankey said were limitations in the way marijuana use was assessed – including that researchers could not be sure whether people had used the drug continuously since they first tried it.

But she said the results chimed with plausible risks, since marijuana is known to affect the cardiovascular system.

Experts not directly involved in the study said its findings would need to be replicated, but already raised concerns.

“Despite the widely held view that cannabis is benign, this research adds to previous work suggesting otherwise,” said Ian Hamilton, a lecturer in mental health at Britain’s York University.