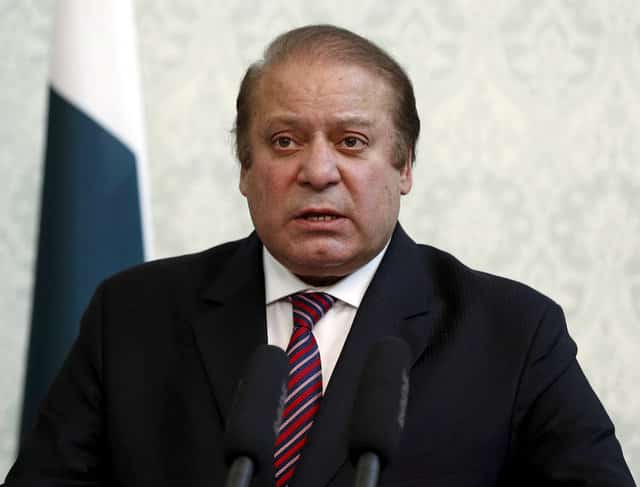 Ousted Pakistani Prime Minister Nawaz Sharif began a rally on Wednesday in a defiant show of political power after a Supreme Court decision disqualified him from office late last month over undeclared assets.

Sharif launched the “caravan” from Islamabad to his eastern hometown of Lahore, despite the concerns of close advisers about security for himself and the crowds he is expected to draw.

Thousands of Sharif party supporters thronged the capital to join in the rally, setting up camps along the route he is expected to take and address supporters.

Sharif, 67, resigned during his third stint as prime minister after the Supreme Court ruled on July 28 that he should be disqualified. The court also ordered a criminal probe into his family over allegations stemming from the “Panama Papers” leaks of international offshore companies.

“The bigger a leader is, the bigger the threat is,” Abbasi told domestic Geo TV.

Sharif was seen off in Islamabad by Abbasi, the new cabinet and other party officials, Sharif’s political adviser Asif Kirmani said.

“We really don’t know how long it will take, how many days, we have no idea,” Kirmani told reporters.

He said a huge number of people were waiting for Sharif along the Grand Trunk Road linking the capital, Islamabad, with Lahore, which is about 380 km (237 miles) distant.

Sharif, in recent meetings with party leaders, lawyers and media, has expressed his displeasure over the court ruling.

He said no corruption charges had been proved, and it was unfair to disqualify him on the grounds of not having declared a salary from his son’s Dubai-based company among a list of assets submitted ahead of the 2013 elections that brought him to power.

Sharif’s ruling Pakistan Muslim League-Nawaz (PML-N) party, which has a solid majority in parliament, elected Abbasi as his replacement within four days.

Party leaders have recently suggested that Abbasi is expected to hold office until elections due next year, a reversal of earlier indications that Sharif’s younger brother, Shahbaz, would take over the office.

Shahbaz is now likely to replace his brother as party chief, since the ousted premier can no longer lead a political party, as Pakistani law bars such roles for any convicted or disqualified person.