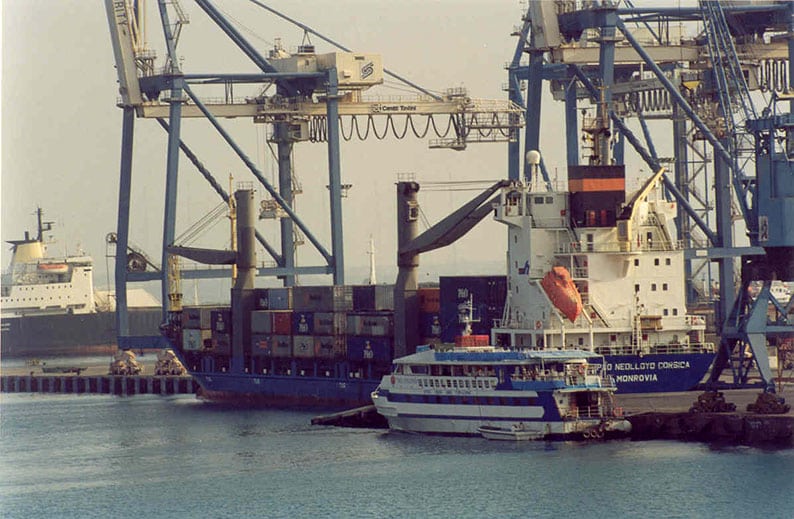 AUTHORITIES have no idea where rampant pollution in the sea off Limassol is coming from, Transport Minister Marios Demetriades admitted on Tuesday.

He said the state services were working on a number of counter measures and called for patience.

The Green Party said the reports it was receiving concerned pollution along the coastline between Lady’s Mile and Governor’s Beach. The party said possible sources of the pollution could be the town’s port and marina, the sewerage system, the zoo, tourist boats, and fish farms.
“At the moment, no one knows where this pollution is coming from,” Demetriades told CyBC. “It could be from deep within the sea, from ships, recreation boats”.

Demetriades said that a unitary agency had been created which would coordinate all measures taken by state services to combat marine pollution.

“Let’s be patient, let the measures we have decided on to be applied. We have taken a number of decisions, we should wait for them to be applied and see if the problem will be resolved or not,” Demetriades added.

The minister dismissed claims that state services were failing to stop the pollution which could be coming from ships. “I believe that the departments and services are doing a good job. Each department does its own job; the ports authority is collecting waste water from ships, the fisheries department and the Cyprus Tourism Organisation are each doing their own job,” Demetriades said.

He added that they were also assessing suggestions made, which, if they were thought to be feasible, would be implemented.

Following other reports pointing the finger at fish farms, the agriculture ministry on Tuesday denied the claims. “The consequences of fish farming are not linked with the pollution incidences observed the last few years in the Limassol bay,” the ministry said in an announcement.

Fish farms are obliged, it said, since 2002 to carry out environmental impact checks twice per year and submit the findings to the fisheries department.

“Based on the results […] the environmental consequences from the operation of the units (fish farms) do not stretch more than 200 metres from the floating establishments (fish cages),” the announcement said.

In addition, following the acute pollution phenomenon observed the last two to three years during the summer months in the Limassol bay, it said, the fisheries department has increased checks near fish farms. “The results of these checks and lab tests indicated that the impact of fish farming does not extend beyond the area of the fish cages,” it said.

However, according to a study by the University of Technology (Tepak), which was recently made public, the Limassol port’s anchorage is the main source of pollution along the city’s coastline. The findings were based on the results of laboratory testing of samples collected. To a lesser extent, fish farms south of the Limassol port were also found to discharge polluting substances like fats and oils, but these were considered of secondary importance.

Other minor polluters identified, the study said, were the Limassol port and marina, while the Limassol Zoo, nearby hotels and aquaducts have been ruled out as possible polluters.

Costa said that a company with a licence to collect ‘oil sludge’ from ships in the Limassol port or anchorage appears to also collect waste from the ships without being licensed to do so, while no one knows what the company does with the waste it collects. He claimed that stakeholders have told him that, at least in some cases, it simply disposes of the waste in the sea, metres away from the anchorage.

The solution to the problem, Costa said, requires the creation of an appropriate mechanism in the Limassol port to receive and funnel waste from ships into the Limassol-Amathounda Sewerage Board (Sala).

After the study was concluded, various meetings were held, both by the Limassol municipality and the transport ministry, where the findings and recommendations were discussed. None of the study’s conclusions were challenged at any of these meetings, Costa noted, and the vast majority of stakeholders agreed that the anchorage appeared to be the main source of pollution along Limassol’s coast.

Costa told CNA that former Limassol Mayor Andreas Christou had asked that the study not be made public, with anyone requesting to see it being referred to the municipality. The study, he added, was conducted from August to December 2015, but its findings continued to be applicable, the researcher said.

Our View: Both sides at fault over solar park plan

Trump boasts of US nuclear arsenal