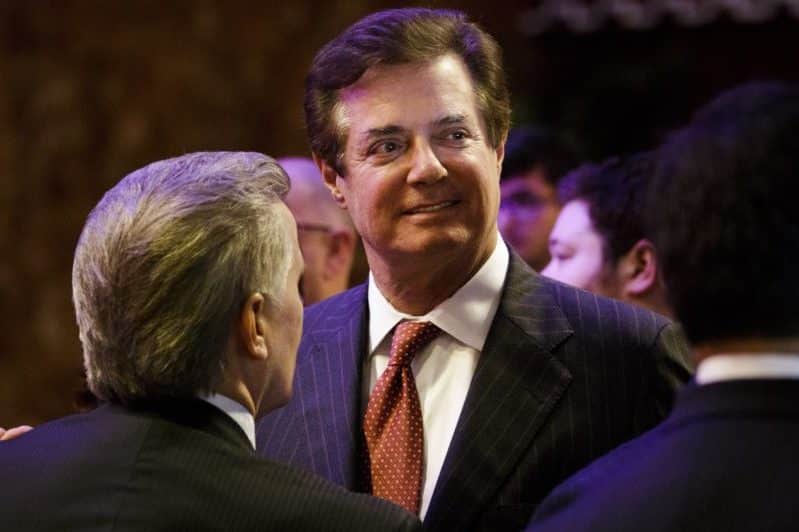 As the investigation into possible ties between the campaign of US President Donald Trump and Russia moved forward on Wednesday when it emerged that US authorities had raided the home of a former aide Paul Manafort, Bank of Cyprus felt vindicated for its strict anti-money laundering practices of above-and-beyond regulations, a source said.

Bank of Cyprus, which in March 2013 absorbed the operations of the defunct Cyprus Popular Bank, widely known as Laiki, the bank with which the former Trump campaign manager banked, “inherited three accounts associated to Manafort after 2013, which were flagged and reported to Mokas before they were ultimately terminated because of suspicious activity,” a source at Bank of Cyprus said in an interview. Mokas is Cyprus’s anti-money laundering squad, a division of the attorney general’s office.

Bank of Cyprus terminated the three former Laiki accounts associated with Manafort in 2014, a year before Trump announced his candidacy for the White House, the source said adding that “the system worked, the flagging worked, the termination took place”.

Manafort resigned as chairman of the Trump campaign a year ago after it emerged he failed to disclose that he had previously worked with former Ukrainian president Viktor Yanukovych.

In June 2016, Manafort participated in a meeting in Trump Tower in New York with Donald Trump Jr, the US president’s eldest son, his son-in-law Jared Kushner and Russian lawyer Natalya Veselnitskaya. Emails show that Trump Jr agreed to host the meeting after an acquaintance promised to provide damaging information on Hillary Clinton, then the Democratic Party presidential candidate.

The lender terminated its ties with 1,601 intermediaries and operates with only 234, according to a Bank of Cyprus document. Since the crisis, it terminated 33,524 customers with a total of €2.4bn in deposits and generating €9m in net income, “exclusively on compliance grounds –including know-your-customer (KYC) and anti-money laundering- leading to a reduction of exposure to Russian customers by 30 per cent and to Ukrainian customers by 37 per cent”.

In the case of Manafort, the bank submitted files to the authorities as part of the “regular interaction” and “no longer has anything to do with the case and as a result nobody from the US authorities contacted Bank of Cyprus for information,” the source added. “It was not interaction triggered by events”.

“Manafort was asked (by Laiki) to provide additional information on the ultimate beneficial owners of some of the companies or risk having the accounts closed,” the source said. “He replied to the bank, let’s go for option number two”.

“We have a policy zero appetite for money-laundering on top of regulation-plus practices,” the Bank of Cyprus source said.

The source acknowledged that while “a reputational issue may have emerged for the country,” Laiki also took action in 2012 in the case of Manafort and terminated several of his accounts. “An elephant and an ass are killing each other and we, as Cyprus, are an ant caught in the middle. Our reputation is not unmerited but steps have been made to improve compliance”.

In 2013, depositors at Bank of Cyprus saw almost half of their uninsured deposits turned into equity while those at Laiki lost all their deposits in excess of €100,000 when creditors refused to bail out the Cypriot banking system citing Cyprus’s alleged reluctance to clamp down on Russian oligarchs laundering money on the island.

In May, the US Deputy Attorney General Rod Rosenstein appointed the former director of the US Federal Bureau of Investigation (FBI) Robert Mueller as special counsel tasked with investigating possible ties between the Trump campaign and Russia, after the US President fired his successor at the FBI, James Comey.

Manafort who was initially subpoenaed to testify at the Senate Judiciary Committee on July 26, received unexpected visitors to his home in Alexandria, a suburb of Washington DC in the dawn hours of the same day from FBI agents with a search warrant, the Washington Post reported on Wednesday. Manafort’s invitation to testify at the committee was subsequently withdrawn.