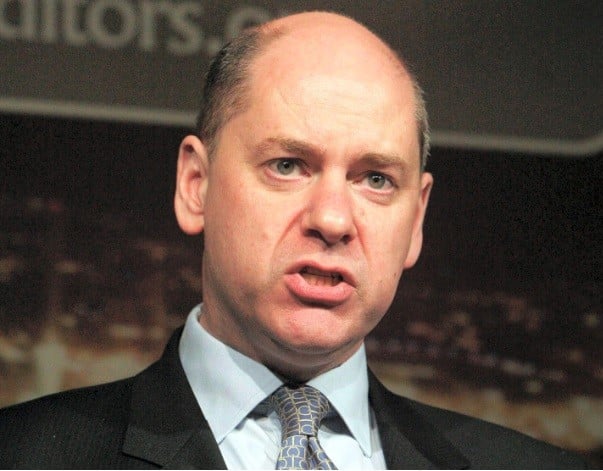 Jonathan Evans, who ran Britain's MI5 spy service from 2007 until 2013, said that while encryption did make attacks harder to stop, it also helped to prevent criminals and even foreign governments from hacking private data

A former British spy chief said on Friday that encryption of online communications was “very positive” for the country’s national security interests despite the difficulties that it poses for security services attempting to tackle militants.

Jonathan Evans, who ran Britain’s MI5 spy service from 2007 until 2013, said that while encryption did make attacks harder to stop, it also helped to prevent criminals and even foreign governments from hacking private data.

“I’m not personally one of those who believes that we should weaken encryption … whilst, understandably, there is a very acute concern about counter-terrorism, it’s not the only national security threat that we face,” he told BBC radio.

“The way in which cyberspace is being used by criminals and by governments is a potential threat to the UK’s interests more widely… so encryption in that context is very positive.”

Evans’ views echo those of Robert Hannigan, the former head of the UK’s eavesdropping spy agency GCHQ, who said in July that the government should work with companies for access to messages to ensure that systems were not weakened.

A suicide bomb at a pop concert in Manchester and three attacks in London which used cars to drive into pedestrians have killed 36 people in the last six months.

In addition to those successful attacks, the number of plots that have been thwarted in Britain has risen this year too. Security services say they have thwarted 19 plots since June 2013, six in the last four months.

Police say three of the four attacks in Britain this year, which have killed 36 people, were inspired by Islamist ideology.

Evans said that while he thought that the threat from Islamic militants was on the decline when he left his role in 2013, the rise of Islamic State had fuelled a new generation of militants which could pose a threat for decades in the future.

“We’re at least 20 years into this. My guess is that we will still be dealing with the long tail in another 20 years time,” he said. “I think we are going to be facing 20, 30 years of terrorist threats, and therefore we need absolutely critically to persevere.”

Music is a breeze at the beach

‘The old fishing village’ of Kato Paphos due for upgrade