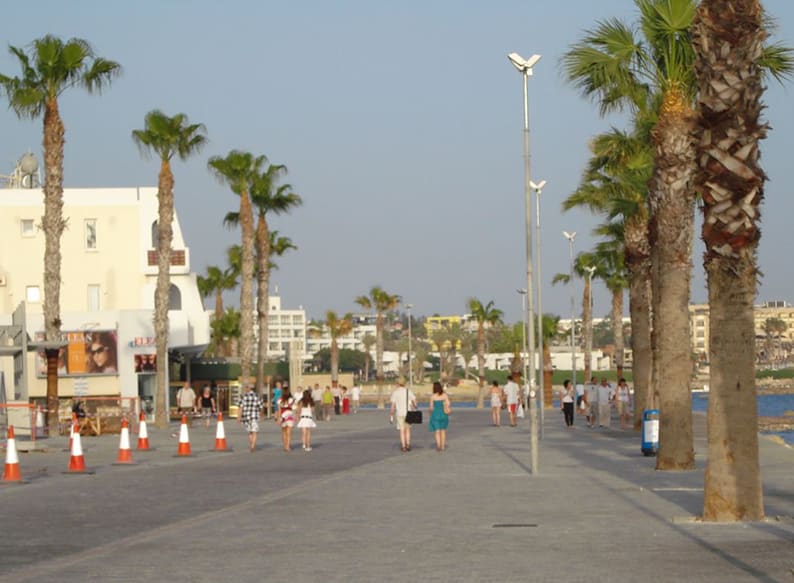 AN area in Kato Paphos, close to Apostolos Pavlou- Saint Paul’s pillar, known locally as the ‘old fishing village’ of Kato Paphos will see upgrading work get underway by the end of the year.

The area, “Psarochori”, which is home to a number of small streets and old traditional buildings will be upgraded as part of an extension of other larger projects to connect and unify the archaeological sites of Kato Paphos, according to a Paphos municipality spokesman. It was granted €3.5m when President Nicos Anastasiades announced €60m worth of projects for Paphos in 2015.

The spokesman told the Cyprus Mail that on Thursday, Paphos Mayor Phedonas Phedonos, signed agreements with Simpraxis Architects and PSquare Architects for architectural and construction studies to get underway.

“The upgrading project will not include the buildings of the area, but the radical upgrading of the road network, the placing of services underground, such as telecommunications, and the landscaping of the squares and the wider area extending out from Saint Pauls’ pillar, in order to make it more attractive, accessible and functional not only for local residents, but also for the thousands of foreign visitors,” he said.

He added that the project will complement the larger works of the unification of the archaeological sites of Kato Paphos, bringing with it all of the obvious advantages for culture, tourism and economy of the city.

The famed pillar of Saint Paul which is popular with pilgrims and visitors, is named after the saint who visited Paphos on a missionary journey and is said to have been tied to the stone and lashed for preaching Christianity.

It’s found next to the church of Agia Kyriaki Chrysopolitissa, which was built in the 13th century over the ruins of the largest early Byzantine basilica on the island. The floor of the basilica was covered with colourful mosaics, some of which are still preserved.

“Obviously no work will be undertaken at the church or its grounds, but in the surrounding areas to beautify it,” he stressed.

“The public tender bidding process will immediately follow and the start of the construction works will get underway, probably before the end of the year.”

In the meantime, he said that there are no plans to intervene and upgrade the main tourist strip of Ayiou Antoniou Street- known as ‘bar street’, part of which joins and connects to the area.

“The municipality is not a businessman, there is nothing that we can do here,” he said.

The street which runs parallel to the seafront in Kato Paphos is full of bars and clubs and is the town’s main ‘nightlife street’; it has seen visitor numbers decline over the years.

For years complaints have been raised by locals and visitors that the area is ‘grotty and run down’ and in desperate need of upgrading and business owners have made numerous requests to the municipality to help to upgrade the area.

However, one local resident that wishes to remain unnamed said that the blame lies firmly with the businesses who, for decades, have only been interested in quick profits.

“It’s a very sad story, the bar owners have opened cheap bars, that offer a cheap product, there is noise all night, drunk tourists fighting and they are mostly cheap tourists. The owners create this situation and it’s by their own choice.”

He added: “There is nothing of quality in this area, no good traditional food or cafes, nothing for the locals or quality tourists and nothing at all for families. Without this, nobody will go,” he said.