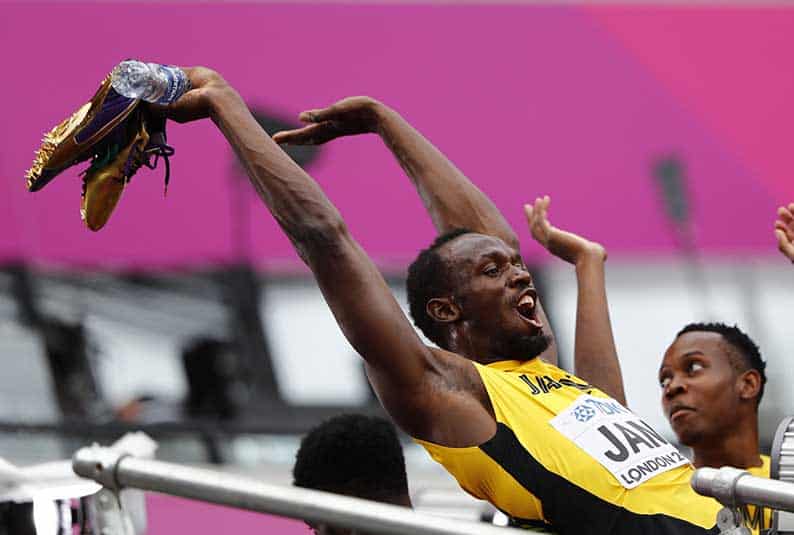 Usain Bolt, running the penultimate race of his career, led Jamaica safely through their semi-final in the 4×100 metres relay at the World Athletics Championships in London on Saturday, while the United States ran the fastest time of the year.

Bolt, who announced on Monday that he would also run in the heats, will race for the last time in the final on Saturday when he hopes to bow out with his 20th global championship title.

Jamaica are aiming for a fifth successive world title in the event but will face a stiff challenge from the U.S. who won the first heat in 37.70 seconds, with Christian Coleman, silver medallist in the 100 metres, running the anchor leg.

“It feels like second nature because we work well together. We are confident we can win. We will go and prepare well for tonight,” said Michael Rogers, who ran the first leg for the United States.

Britain were second in the first heat in 37.76, also faster than Jamaica’s time, while Japan were third. Canada and Turkey also qualified as the fastest losers.

Bolt’s presence ensured a capacity crowd for the morning session. “It’s hard to be sad because of the energy I’m getting from the crowd,” said the Jamaican, who suffered a rare defeat in the 100 metres when he took bronze.

A minute with Loukas Panayi, teacher and author of children’s fairy tales