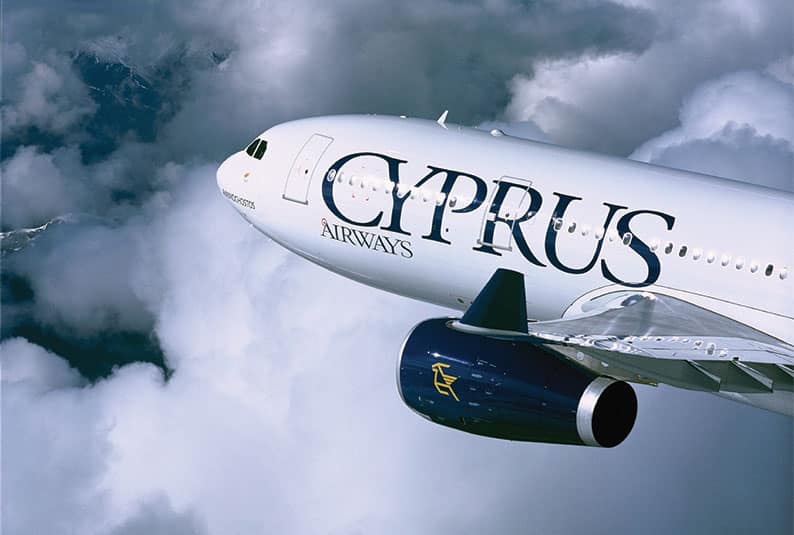 IT IS SAID the biggest robbery of all time in in real terms – that is taking into account inflation – was carried out in 1990 when John Goddard, an English messenger, was robbed at knife-point of Bank of England Treasury bills and certificates of deposit from banks, worth a total £292 million.

This robbery pales, however, when compared to the theft by Cyprus Airways (CY) that lasted decades with the support of the government. Although it may sound like an oxymoron, this was lawful theft. On the one hand, CY exploited its monopolistic status, imposed extortionate fares and, on the other hand, the government – the taxpayer – picked up the bill for its continuous deficits.

The story of CY is an extremely interesting case study on the astonishing disadvantages of nationalisations in countries like Cyprus, in which nepotism and corruption are deeply rooted and party clientelism is endemic. It is made even more interesting because the company ‘Charlie Airlines Ltd’, part of which belongs to the Russian group S7, a few months ago bought the rights to the use of the CY name and logo for a decade and will soon start operations. What does this say? That CY could not only survive but also thrive as a privately owned company, but would remain permanently grounded if nationalised again, except if the theft described above, God forbid, was repeated.

In advanced economies, when they talk about the weaknesses of state-owned companies, they usually refer to the lack of competition as well as the absence of an incentive to reduce costs. It was for this reason that British Airways was privatised in the 80s. These reasons, though, are of secondary importance for our country when we discuss privatisations. For Cyprus, privatisations mean a fatal blow to nepotism and the clientelism of the parties; it is from this angle it must be viewed.

In other words, it is imperative that the privatisation issue is cut off from the ideological thinking of the parties because Cyprus is not a normal state in this respect either. The picture of nepotism is freakish while the behaviour of the parties is pathetic, bordering on the paranoid. While nepotism is a criminal offence, deputies and parties not only condone it but engage in it in a variety of ways for their own benefit. Instead of deputies being the custodians of transparency, morality and legality, they engage in nepotistic matters and party horse-trading.

The most adverse consequence of this mentality is the expansion of the public sector. The Troika found in 2013 that 24,000 or one third of the 72,000 employees working in the broader public sector were superfluous. This appalling situation resulted from the parties’ ongoing drive to place their ‘own’ in the public sector, which makes me wonder whether our deputies understand the huge macro-economic problems caused by this behaviour, such as low productivity, inflation, erosion of the competitiveness of services and exports, fall in living standards and, ultimately, bankruptcy of the state.

If we are to judge by last month’s approval of the Akel bill, banning privatisations, it becomes apparent that the majority of our deputies are unaware of the problems they cause. By a small majority, admittedly, the House plenum approved the bill to close down the de-nationalisation unit and banned any actions aimed at de-nationalising public organisations or the sale of state assets. They learnt nothing from the CY experience and they voted against modernisations. Modernisation of the economy cannot be achieved through nationalisations. It is a striking contradiction. It is a bit like the church promoting an atheist for archbishop.

Those that argue that ‘profitable’ semi-governmental organisations must not be privatised either do not know the basics of economics or are consciously misleading people. Even lyceum students who study political economy are in a position to explain that, once an organisation has a monopoly over a service for which demand is almost completely inelastic, it can not only set the price but also determine its profits in advance, from the start of the year. ‘Profitability’ is the result of its monopolistic status and reflects the exploitation of consumers.

Another myth doing the rounds is that in the case of a privatisation of a state organisation, price increases would be inevitable as there would be a private monopoly. Nothing could be further from the truth if we look at the experiences of the EU and US. Governments do not abrogate responsibility for privatised organisations, but, on the contrary, they exercise close control over prices and the quality of the services, as all economists know.

Two plagues have descended on Cyprus recently, both caused by our politicians – the re-introduction of the Cost of Living Allowance and the abolition of the de-nationalisation unit. All hopes for substantive change and the modernisation of the economy have been dashed, the political pledges for a new beginning proving as reliable as an oath of love.

Perhaps it is time for Cyprus to consider the unthinkable

Our View: Education stats should be shaping employment policy