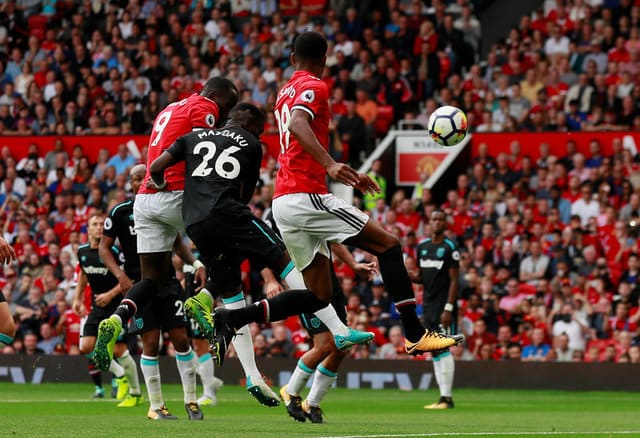 Romelu Lukaku struck twice on his Premier League debut for Manchester United as Jose Mourinho’s side made a confident start to their campaign with a 4-0 win over West Ham United at Old Trafford on Sunday.

The Belgian striker, who was signed from Everton in a 75-million-pound ($97.58-million) move last month, began repaying that investment with two fine finishes but it was not only his imposing presence in attack that give United a very different feel from last season.

Another close-season recruit, Serbian midfielder Nemanja Matic, brought from Chelsea, made an excellent debut in the defensive midfield role, breaking up any threats from West Ham and then prompting United’s attacks with intelligence.

With Marcus Rashford’s pace and directness down the left flank and Henrikh Mkhitaryan’s trickery on the right, United showed a variety and inventiveness that too often was missing last season when they drew 10 home games at Old Trafford.

Lukaku opened the scoring in the 33rd minute, blasting in off the post after latching on to a clever through ball from Rashford, who had run with the ball from deep in his own half.

The Belgian made it 2-0 seven minutes after the break, rising to meet a Mkhitaryan free kick with a superbly angled header into the far bottom corner.

Substitute Anthony Martial made it 3-0 in the 87th minute with a side-foot finish after being played in, again by Mkhitaryan.

Moments later Paul Pogba fired in the fourth after he was slipped in by Martial to complete the rout.

Talking themselves into war

Messi to leave Barcelona due to ‘financial obstacles’