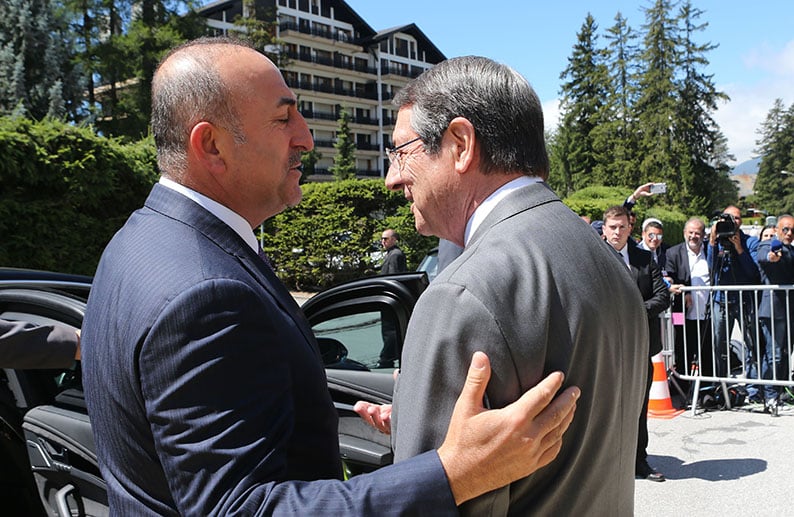 It is not obligatory to be silly during the silly season. The reason for silly news stories in the summer months is that most journalists and politicians are away on their summer holidays. Events however are not seasonal. They occur and gather momentum regardless.

The likelihood of a nuclear exchange is gathering momentum across the Pacific rim in the northern hemisphere that may blow if the war of words on North Korea between Trump and Kim Jong-un gets out of hand. An apocalyptic ending of the world between the forces of good and evil has been predicted in all the Abrahamic books but the idea of Armageddon caused by two spoilt brats with loony hairdos takes the biscuit. As I always suspected, God has a fantastic sense of humour.

North Korea’s threat to attack the US reminds me of the comedy starring Peter Sellers called ‘The Mouse that Roared’ in which a small country the size of Cyprus declares war on the USA, which it is bound to lose forcing the gullible Americans to provide post war aid to save its economy – rather like the Marshall plan that launched Germany’s economic miracle after World War II.

As for the American president’s bluster that the US will respond to North Korea’s missile threats with fire and fury the like of which the world has never seen, that reminds me of another Peter Sellers film in which he plays the role of Dr Strangelove with George S Scott as the mad American general who has actually ordered a nuclear attack on Russia and refuses to call it off. Dr Stangelove is an ex Nazi scientist advising the American president on the doomsday machine that will automatically blow up the world. He constantly has to restrain one arm from giving the Nazi salute by holding it down with his other, while shouting inanities in English with a German accent, to hilarious effect.

If these two films are anything to go by, the threat of a nuclear war between the US and North Korea gives credence to the old adage that life does indeed imitate art or that farce repeats itself as history.

Meanwhile back at the ranch the farcical blame-game continues unabated. I thought blameworthy conduct had been taken out of the divorce equation but not it seems if reconciliation is still a remote possibility. The latest is that Anastasiades dared the Turkish foreign minister to return to the negotiating table and repeat the offer he allegedly made to the UN secretary-general that Turkey was prepared to abandon guarantees and reduce the number of Turkish soldiers from 40,000 to 650, in a rhetorical attempt to show up Turkish intransigence.

The fact, however, is that the cunning Ottoman – the poniros Othomanos –  run rings round Anastasiades and the assortment of amateurs he took with him. Mevlut Cavusoglu knew that Anastasiades was entangled in electoral politics and the Byzantine wiles of the Greek foreign minister and played his cards close to his chest, furtively showing them only to the UN. In the end this left Anastasiades frantically going around in circles telling anyone who will listen that the wily old Turk was 100 per cent to blame whereas to most independent observers he came out smelling of roses.

According to the ancients you can’t step into the same river twice. If there was a Turkish offer to withdraw troops to a minimum of 650 soldiers, it was not intended to be a standing offer. Yet Mr Akinci held out the prospect of revisiting the process when he said the other day that the Greek Cypriots had a choice in the 2018 elections to decide whether they wished to share power in a federal Cyprus or not.

But how? At the moment there is no candidate with a clear unambiguous pro solution platform. This is unsurprising given the broad outlines of the solution are not in the public domain. People need to know the overall package the Turkish side would be prepared to sign up to. If Mr Akinci wants closure after the 2018 elections on the Greek side, he needs to put his cards on the table and say: this is the package; these are the convergences achieved after two years of talks; these are the differences that were bridged at Crans-Montana, and this is the compromise that still stands.

Anastasiades will not be able to campaign that he would sign up to terms he rejected in July. The rejectionists will only sign up to a victor’s charter of zero guarantees, zero troops and zero rights for the Turkish Cypriots. This leaves Akel as the only political party that had the gumption to champion the peace process to the bitter end. But they need a candidate and a manifesto platform.

The candidate must be a Cypriot working class hero. Anti-fascist, anti-racist with huge cojones and a lion heart. Stavros Malas is not that man. He is a nice guy but he hibernates too much whereas what we need is someone powerful and energetic and hungry for a solution. Perhaps we are looking at the wrong gender – there have always been women with cojones aplenty.

Perhaps there is no such person – and this may mean that the democratic filter is keeping such persons from coming forward because a federal solution has no democratic purchase. We cannot know this for certain unless we know the Turkish position in detail.

I have no doubt that the burden is on the Turkish side to play the card they were prepared to show the UN, but this time to play it in the 2018 elections as part of the democratic process instead of across the negotiating table. It is not fair to tell the Greek Cypriots that they have a choice without telling them what was agreed, what remained outstanding and the compromise on offer. It would not be much of a choice if people do not have clear alternatives to choose from.