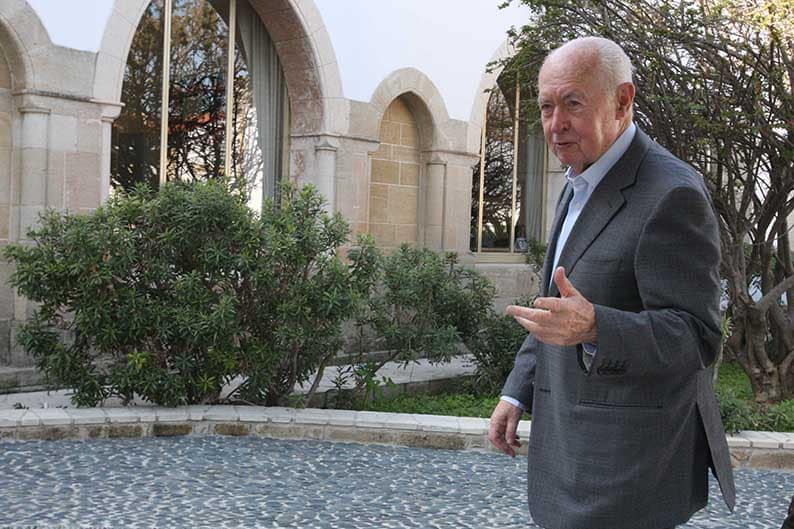 The longer the current deadlock in the Cyprus peace process drags on, and absent any negotiations, the more detrimental it is to the Greek Cypriot side, former president George Vassiliou has warned.

In an interview originally published in Alithia, Vassiliou – president from 1988 to 1993 – stressed that a way should be sought to restart peace talks as swiftly as possible.

And he described as folly the notion being put forth by some parties that the Cyprus problem should be repositioned on a different track, away from the bizonal bicommunal federation.

Vassiliou argued that irrespective of who gets most of the blame for the collapse of the talks in Crans-Montana, Turkey benefits regardless because in the meantime the status quo is being perpetuated and with the passage of time the Turkish presence in the north is further consolidated.

“Turkey could not care less if it gets the blame or not. The status quo is always to the benefit of the stronger party, which is Turkey in this case.”

Without any active negotiations, the Turkish side has all the leeway to consolidate the status quo in the breakaway regime, Vassiliou went on to caution. He was alluding to reports that Turkish Cypriot authorities will be allowing Maronites to return to their villages in the north, and also rumours that the fenced-off town of Varosha could be opened up to Greek Cypriots.

Vassiliou was also critical of President Nicos Anastasiades demand for zero foreign troops and zero foreign guarantees as a precondition to returning to the negotiating table.

This was a critical strategic error, as one cannot set preconditions before the talks. On the one hand, Turkey would never agree to such conditions, and on the other Anastasiades has trapped himself by drawing this line in the sand.

These matters – foreign troops and guarantees – are resolved during negotiations, and not before, Vassiliou said.

Likewise the former president was unhappy with the government’s treatment of Espen Barth Eide, the UN Secretary-General’s Special Adviser on Cyprus, in the wake of the failed talks in Switzerland.

“There are those who say that Mr Eide had not done his homework for the Conference on Cyprus. But what does it mean to be prepared, from the moment that the talks were Cypriot-owned?

“Preparation is a matter of the two communities and of Greece and Turkey on the issues relating to the guarantor powers. The UNSG and his representative were obliged to facilitate the negotiations and nothing else. Since we did not want the United Nations to be directly involved, how can we now be blaming them for Crans-Montana?”

According to Vassiliou, the collapse of the talks in Switzerland has given ammunition to all those quarters who argue that the Greek Cypriot side should take the Cyprus problem in a “new direction”.

“This new strategy is not realistic. Raising awareness about the Cyprus problem? We’ve being doing that for four decades. Veto Turkey’s accession to the EU? Not even Greece would be on board with that. Some people think that something will happen merely by their grandstanding at the National Council. Let me save them the trouble: nothing will happen.”

How a solution would ripen democracy

Talking themselves into war