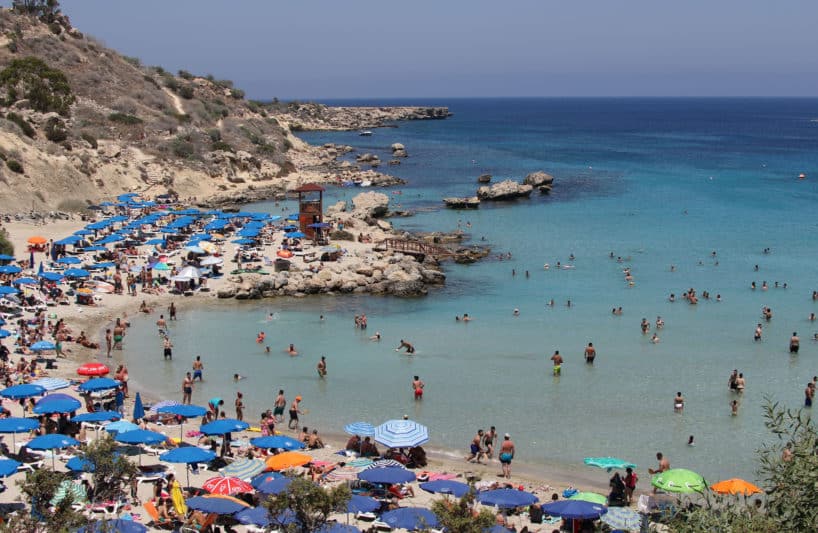 Finance minister Harris Georgiades said on Monday that the latest preliminary figure of a 3.6 per cent economic growth in the second quarter showed that Cyprus’s recovery is “strong”.

“The ninth consecutive growth quarter and the acceleration to over 3.5 per cent confirms that economic growth is consolidated,” the finance minister said in response to a question in a text. “We are determined to stay the course which has proven many people wrong and contributes to improved prospects for our fellow citizens”.

The increase in economic output resulted from increased activity in the hospitality sector, in retail and wholesale, construction and manufacturing which offset the decline in the financial sector, it added.

“This big collective effort is paying off, justifies our citizens’ sacrifices and shows us the way,” Georgiades said.

“We went through dramatic situations and we have still not completely tackled difficulties and challenges,” Georgiades said in an apparent reference to the unemployment rate of 10.8 per cent in June – compared to over 16 per cent in 2014-, according to a statement emailed by the finance ministry. “We are however steadily recovering lost ground”.

Georgiades, appointed in April 2013 to the finance ministry, just days after Cyprus had to agree to the terms of its bailout agreement which included losses for depositors at the two largest banks, said that the current economy growth is not the result of reckless public spending and excessive bank lending.

The increase in flight connectivity has boosted the performance of the tourism sector which experiences an unprecedented increase in arrivals, after an all-time high in 2016 of almost 3.2 million, said Georgiades adding that investment in the ports create additional opportunities.

In the first half of the year, tourist arrivals rose 17 per cent to almost 1.5 million, which was another record. Revenue in January to May rose 22 per cent to €649.2m. Directly or indirectly, tourism accounts for a quarter of the economy.

The finance minister added that recent tax breaks –which included the gradual abolition of the immovable property tax and the extraordinary levy on salaries– have helped both households and firms alike while “the drastic reduction of lending rates and other credit schemes directed to small and medium size enterprises (SME) designed in cooperation with the European Investment Bank have also contributed positively”.

The government’s “methodical steps in the energy sector open a completely new prospect,” he said. Last month, a consortium of France’s energy company Total and Italy’s Eni started exploratory drilling in block 11 of Cyprus’s exclusive economic zone (EEZ), close to the spot in Egypt’s EEZ where the Italian firm made a mammoth discovery in 2015.

“Public finances are under control without any deviation from a balanced budget allowing new projects which complement domestic and foreign investment in various areas,” Georgiades said. “Tax incentives for innovative enterprises and investment in university and research infrastructure expand our output”.

On Monday, Cystat also said that the general government had generated in the first half of the year a fiscal surplus of €62.5m, against a fiscal deficit of €43.7m in the respective period of 2016.

The finance minister rejected the notion that employment levels in the public sector increased after Cyprus completed its adjustment programme in March 2016, as suggested by latest fiscal figures which showed that staff costs rose an annual 6.7 per cent in the second quarter to €558.3m.

The adjustment programme, agreed with Cyprus’s international creditors, included a hiring freeze which the government extended after the parliament rejected a reform package which included a provision linking pay increases in the public sector to economic growth.

“What appears as a one-off increase (in staff cost) are the 3,000 professional soldiers who replaced 3,500 recruits,” he said in reference to the government’s decision to reduce draft from 24 months to 14. “Actually, one should take into account either both groups of soldiers or none”.

As a result of the hiring of professional soldiers, the government will not deviate from its budget target of generating a fiscal surplus of 0.2 per cent of the economy this year, after producing a 0.4 per cent last year, the finance minister added.

Film Review: Stratton *, How to be a Latin Lover **