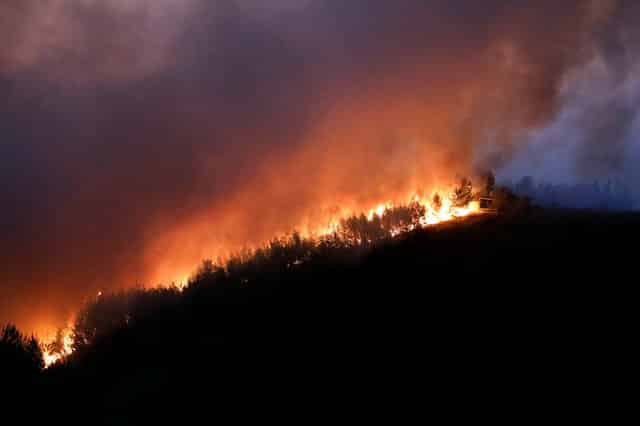 Flames rise as a wildfire burns near the village of Metochi, north of Athens, Greece, August 15, 2017. REUTERS/Giorgos Moutafis

A squad of sixty men with six vehicles is ready to rush to Greece and assist in battling with huge wildfires across the country.

Minister of Justice Ionas Nicolaou told CNA that the team is ready and basically waiting for further instructions from Greece as to when it will be able to fly over and help out.

Nicolaou said that he spoke on the phone with Deputy Minister of Public Order and Citizen Protection Nikos Toskas on Monday and he told him that Cyprus is ready to assist at any time.

The Justice Minister said that “we have proposed for a team of sixty men consisting of firefighters and members of the Civil Defence, as well as a group of six firefighting vehicles to be transferred to Greece with C-130 aircrafts and we are waiting for further instructions”.

Nicolaou also said that he spoke on the phone with Head of Fire Department Markos Traggolas and asked him to consult with his counterpart in Greece in order to clarify exactly what kind of assistance is necessary.

He explained that it was agreed for the assistance to be limited to firefighters only and if two C-130s were secured, the whole group of sixty persons and six vehicles would be transported, but if only one aircraft will be able to fly to Cyprus, then half of the team of men and only three vehicles will be transferred.

The team is ready and we are stand by for further information and instructions from Greece, he told CNA.