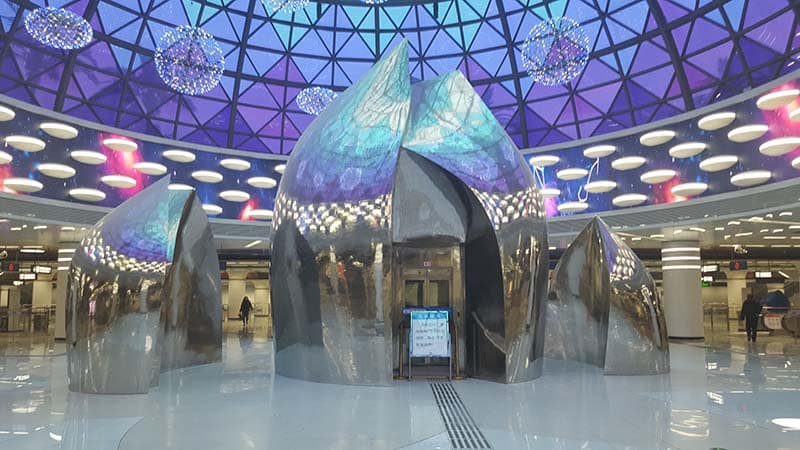 By Michael Grove and Tao Zhang

By one measure, it’s the eighth most dynamic city in the world. It has achieved that success not by the isolated-tech-campus approach of Silicon Valley. Rather, Wuhan has become a fast-growing hotbed for tech, education, and innovation by fostering a symbiotic environment that draws upon academia, industry and culture.

Ask any CEO or mayor what the greatest asset of their company or city is and “people” is the word that most will offer first. When people are skilled and engaged, they fuel growth, innovation, and wealth — and leaders recognize that keeping the best talent is often the difference between slipping into irrelevance and achieving success at the cutting edge.

This, of course, is easier said than done. The globalized economy has given rise to more fluid flows of people, and the world’s most influential companies and hubs of industry compete for largely the same pools of workers and residents.

And it’s not just the Silicon Valleys, New Yorks, Londons, and Shanghais of the world enmeshed in that fierce competition. In fact, growth rates in several emerging hubs of innovation are outpacing these more established centers. Cities around the globe have been embracing a new model to attract and retain the brightest minds. “Innovation Districts” leverage several features of the urban environment — anchoring cultural institutions, industry juggernauts, start-ups, and mixed-use development — to drive up livability, putting quality of life on the same footing as breakthroughs in tech and increasing return on investment.

One such talent-magnet is Wuhan, 500 miles due west of Shanghai and a fast-growing hotbed for tech, education, and innovation.

Wuhan is home to 10 million people — making it the largest city in central China. A 2015 report published by real estate firm Jones Lang LaSalle names Wuhan as the eighth most dynamic city in the world with regards to economic growth and development, behind London, San Jose, Beijing, Shenzhen, Shanghai, Ho Chi Minh City and Boston. Wuhan’s dynamism stems not only from sheer GDP growth —7.8 percent in 2016 alone — but also from the speed of innovation. Startups and global conglomerates alike have recognized Wuhan as a prospering nucleus of the global innovation economy, and they’re investing heavily in the area.

It’s not hard to see why. The symbiotic environment created by mixing academia and industry has long been a driver of new ideas and innovation. Wuhan is primed to develop into a research and industry innovation mecca, with access to nearly 80 universities on-hand to fuel companies seeking research and development partners. Weaving this energy into the existing urban fabric helps ensure that a lively economy and community flourish.

Successful innovation districts should be physically, intellectually and symbolically linked to nearby universities. Wuhan University is one of the most esteemed in China, providing a talent pipeline to technology corporations throughout the city and country. Strong links to these institutions will help to attract and retain some of the brightest minds in the country to work at corporate campuses, business and training schools, and in incubator industries.

The creative class that will live and work in, or near, an innovation district must be supported by a diverse, mixed-use community that provides opportunities to share and cultivate ideas as well as offer cultural experiences and interactions with nature. These experiences help keep creative flow up and stress levels down. District facilities should include conference centers and exhibition venues that offer forums for intellectual exchange, and training centers for companies to provide continued education to their employees.

Many emerging innovation districts aren’t copying the Silicon Valley approach in an attempt to capture similar successes. One of the original draws of Silicon Valley was that, 30 or 40 years ago, there just wasn’t much there. Companies could buy up huge swaths of land and build their campuses on their own terms. Nowadays, replicating that model is rarely possible — and not always desirable. Cities offer several benefits that a more remote, “Silicon Valley-esque” location just can’t. In the case of Wuhan, the city’s urbanity and efficient connections to multiple urban centers throughout China via high-speed rail provides definite advantages over Silicon Valley’s suburban, car-reliant, and secluded experience.

As an agile workforce increasingly stokes more and more competition, many local leaders are looking to increase the allure of their cities and companies by cultivating a distinct culture of innovation and sense of place. Wuhan has a rare opportunity to build upon its strong foundational bones, creating a more livable and lively innovation center. With the implementation of any number of inventive and site-specific urban planning strategies and the continued promotion of synergies between academia and tech, Wuhan will no doubt embrace its identity as a globally significant innovation district city that is far from a cut-and-paste copy.

Michael Grove is a landscape architect and Principal at Sasaki. Michael plays a leading role in the firm’s global practice, focusing on the evolution of urban environments. He is a member of the American Society of Landscape Architects and sits on the Global Exchange Council of the Urban Land Institute. Tao Zhang trained both as an ecologist and landscape architect and is a Principal at Sasaki. Tao seeks inspiration from science and always roots his design in deep understanding of the project’s socio-ecological system. Besides practice, he has taught landscape architecture at Rhode Island School of Design and has been a visiting studio critic at Harvard Graduate School of Design, MIT, Northeastern University and Boston Architectural College.

Our View: Why has Odysseas taken seven years to question legality of wives and children?