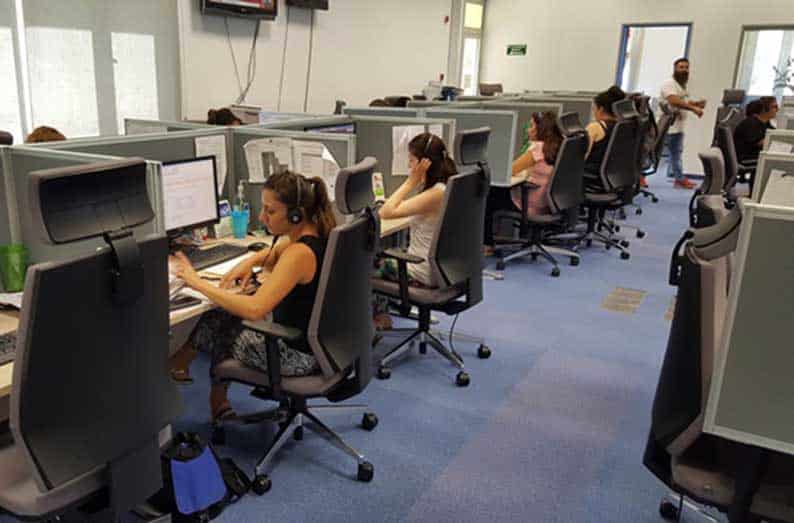 The commissioner for personal data protection, Irini Loizidou, on Friday asked the telecommunications authority (Cyta) to explain the alleged leaking of personal details of its customers to a retired police officer by a 43-year-old female employee of the utility.

Loizidou asked Cyta in a letter to answer to reports that claim the utility was responsible for the leak of personal details of 249 individuals.

She also announced that she received reassurances from the police and the social insurance services that she would receive their reports concerning the case, as, following investigations, documents from the two organisations with personal information of citizens were also located in the house of the former police officer.

According to daily Politis, a 43-year-old female employee of Cyta who was working at a branch of the utility in Nicosia, was arrested earlier in the month after she was caught leaking the personal data of customers – name, identification number, address and phone number – to a 68-year-old retired policeman.

The alleged leaks reportedly began on June 1, 2016 and went on until August 4, 2017. The 43-year-old and the 68-year-old were arrested on August 11 and were initially remanded for four days, while their remands were extended by five and eight days respectively.

They were arrested after she was reported to the police by the utility following an internal control concerning personal data protection.

The woman reportedly leaked to the 68-year-old, the personal data of 249 Cyta customers through her mobile phone and her office computer.

But following a search in the 68-year-old’s house, a large number of documents was located with information of citizens from files of the social insurance services and of the police.

The 68-year-old was reportedly working as a private investigator following his retirement.

According to MegaOne TV station, police located the information of 193 people from the electronic system of the social insurance services, data on 16 private cars from the police electronic system, details of 58 more people for which police have no idea yet from where they were collected, and a fake Cyta employee card.

The documents concern information the suspect collected between 2009 and 2017.

“This a serious case, investigations are under way,” police spokesman Andreas Angelides told the TV station. He added that they were also investigating whether more people were involved in the case.

Police are to collect testimonies from all the people whose personal data was found in the possession of the suspect.

The woman, who reportedly told police she had no idea how the 68-year-old was utilising the data, claimed that she had agreed to leak this information to the man, when he reassured her that he would make sure that the bank loan she had made on behalf of a common acquaintance of theirs, another police officer, would be settled.

The woman reportedly took out a bank loan some years ago on behalf of a male police officer, for which the latter signed as a guarantor, and which he was supposed to pay, but he fell back on his promise. The 68-year-old reportedly told the woman he would get the police officer in question to pay the loan.

Both she and the 68-year-old, reportedly refuse to cooperate with police. The woman refuses to reveal her relationship with the police officer on whose behalf she had taken out the loan. She reportedly told police that the 68-year-old was like a father to her.

But Cyta is also under scrutiny as, according to Politis, the 43-year-old had access to this data because she used to work at customer service, but after she was transferred to another department, the utility failed to interrupt her access to the data.