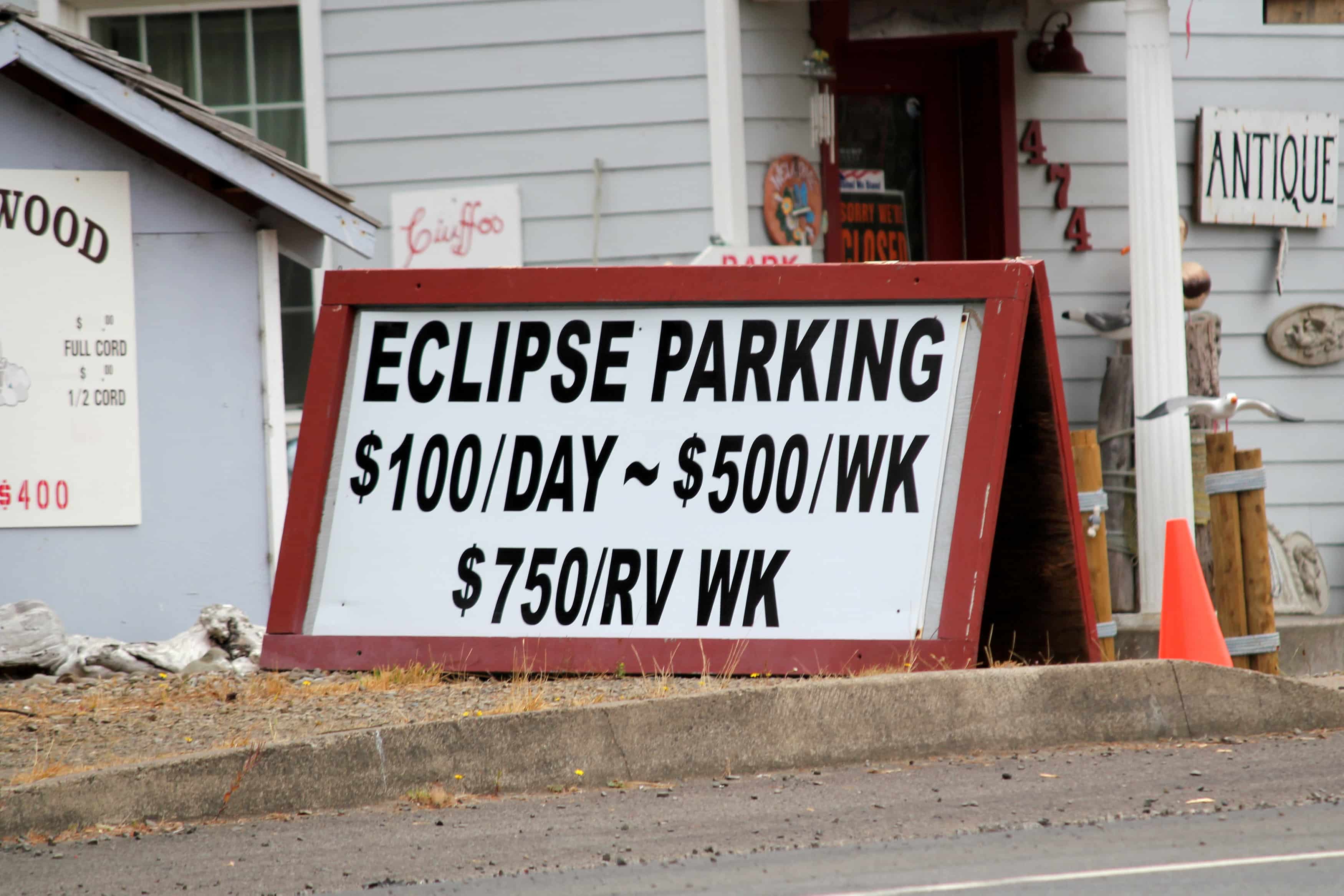 Forest rangers and fire managers across the US West will be on high alert as motorists flock to Oregon, Idaho and Wyoming for Monday’s total solar eclipse, clogging roads and straining scarce resources at the height of summer wildfire season.

The rare spectacle of the moon passing directly in front the sun, combined with the appeal of the West’s great outdoors, is expected to draw tens of thousands of eclipse enthusiasts to rugged, remote national forests and rangelands from the Cascades to the Northern Rockies.
Authorities face an unprecedented challenge from the throngs in a region swathed in tinder-dry vegetation vulnerable to ignition from unattended campfires, discarded cigarettes and hot tailpipes.

“It’s all hands on deck,” said US Forest Service ranger Kurt Nelson, who works in the Sawtooth National Forest near the affluent resort of Sun Valley in central Idaho.

Even without the added threat of careless humans, lightning-sparked wildfires are common at this time of year, raising fears that larger-than-normal crowds of tourists may end up in harm’s way and need to be evacuated.

US fire managers last week elevated the nation’s wildfire readiness status to its highest for the first time in two years, citing heightened danger from thunderstorms.

Besides public safety issues confronting officials, drifting plumes of smoke, even from distant blazes, could end up obscuring the views of eclipse watchers on an otherwise clear day.

The August 21 event marks the first total solar eclipse visible anywhere in the lower 48 states since 1979.

And it will be the first in 99 years spanning the entire continental United States, offering a brief glimpse of the sun completely blotted out – except for the corona of its outer atmosphere – across a 113-km wide, coast-to-coast path through 14 states.

Oregon, Idaho and Wyoming are the first three states traversed by the narrow 4,000-km “path of totality,” mostly through rural areas unaccustomed to heavy traffic.

Roads through Idaho’s Sawtooth, for example, are likely to see bumper-to-bumper traffic in the days before and during the eclipse, Nelson said.

That has prompted a regional hospital to park a life-flight helicopter nearby in case of a medical emergency. Extra firefighting crews are also on standby.

Months of bone-dry heat have already brought restrictions on campfires and smoking in many Western forests. But authorities see the fire risks ratcheting up with the influx of travelers, few of whom may understand the dangers.

A wildfire in Oregon’s Willamette National Forest prompted the closure this month of access to Mount Jefferson, the state’s second-highest peak and a would-be destination for those hoping to see the total eclipse, said Kirk Copic, visitor services information assistant for the forest.

On Thursday, a separate blaze 30 miles south near the town of Sisters, Oregon, also in the path of totality, prompted Governor Kate Brown to invoke the state’s Emergency Conflagration Act, freeing up additional firefighting resources. She cited the need “to keep community, visitors and property safe” in the run-up to the eclipse.

In Idaho, state police spokesman Tim Marsano warned that first responders there may not be able to help travelers as quickly as in a normal situation, adding, “The 911 system is going to be pushed to its limit.”

In the Sawtooth alone, forest rangers expect as many as 30,000 people to inundate an area around the small town of Stanley, home to just 68 year-round residents.

Nelson said the grass has been mowed down in eight eclipse-viewing areas set up for the public, to ensure fire-safe temporary roadside parking.

Smoke from wildfires already burning in Idaho, Oregon, Montana and elsewhere could impair eclipse-viewing for some, but forecasters say smoke conditions, driven largely by wind speeds and direction, will remain uncertain until a day or two before.

The sun will be so high in the sky that smoke should be of little consequence, unless it’s extremely thick, said Michael Zeiler, an avowed “eclipse-chaser” who made a 1,000- km drive, to Casper, Wyoming from his home in Santa Fe, New Mexico, in hopes of witnessing his ninth total solar eclipse.

“This will be the most amazing event you have seen in your life,” said Zeiler, a member of an American Astronomical Society panel for public guidance.

Killer vehicles, a worrying trend that cannot be prevented