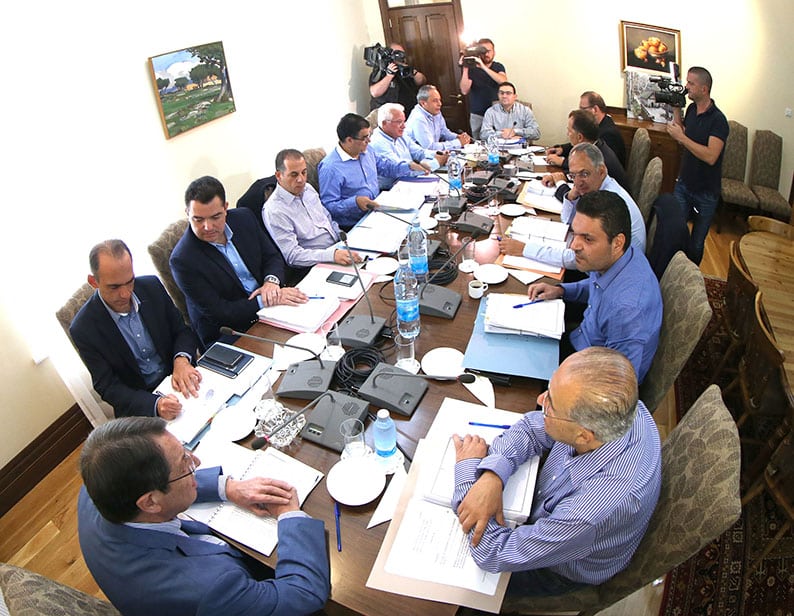 Public finances are fully in check and within the targets set in the 2017 government budget, Finance Minister Harris Georgiades said on Saturday.

Speaking to reporters after a cabinet session at the Presidential Residence in Troodos, Georgiades said he “presented to the cabinet the half-year fiscal report, as the law stipulates”.

“Public finances are fully within targets, [and] in check,” he said.

“The targets set in the 2017 government budget, as well as to the European Commission, are being met in a way that allows us to continue promoting new policies and new projects without deviating from the clear goal of a balanced budget, and of course without the need to take measures.”

This success, Georgiades added, is the result of the strong recovery Cyprus’ economy has managed, which reflects positively on the state’s revenues, with a “steady stream of revenues that safeguards that we can safely continue to implement our policy for economic recovery and growth”.

Asked whether the various projects announced recently by President Nicos Anastasiades have been budgeted for, and commenting on opposition criticism, the minister said “this is the result of the prudent economic policy we have followed”.

“This is the debunking of talk of austerity policies, precisely because through this policy, and without any deviation at all from our targets, we can implement such new policies and finance such new projects,” he argued.

“This is our response to those protesting today, and this is the difference between today’s economic policy and that followed in the past, which was the policy of deficits, debt, taxes, and dead-end roads.”

Asked whether the economy’s growth rate will reach 3.5 per cent, exceeding the ministry’s own estimate, Georgiades said “our forecast was more conservative, around 2.9 per cent”.

“We have exceeded our goal this year, too,” he said.

“The real economy is moving. It’s not figures, it’s not impersonal numbers. This is the economy’s true performance.”

Tourism, services, and other productive sectors have “recovered strongly”, the minister added.

“Yes, the growth rate will be higher than we forecast, around 3.5 per cent,” he said.

“This seems to be the unfolding picture, and this is why we believe continuing this effort is very important. The effort is paying off and bringing results, we are in good shape. But there is some way to go, so we will continue the effort.”