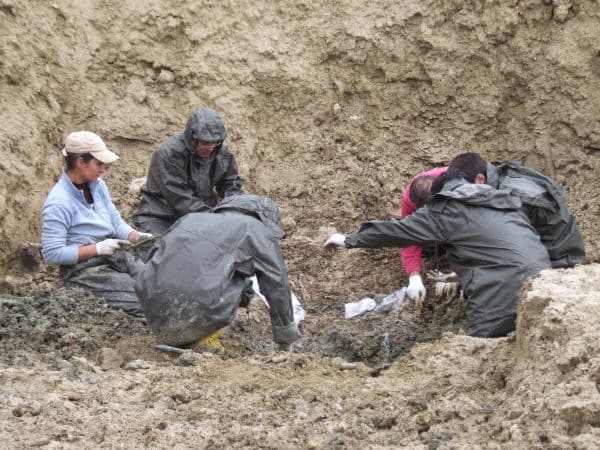 Digging for the remains of Greek Cypriot missing persons in two mass graves at Ornithi, an area just outside the Turkish-held village of Ashia will commence by the end of next month, the Greek Cypriot member of the Committee on Missing Persons (CMP) Nestoras Nestoros said on Friday.

Speaking to the Cyprus News Agency, Nestoros said additional information from witnesses would be helpful in locating the possible location of the reported mass grave.

In the coming days, he added, the area will be visually inspected so that the digging project can be better organised.

Meanwhile, Turkish Cypriot leader Mustafa Akinci’s spokesman Baris Burcu said on Friday that there are no obstacles to digging in an area near Turkish-held Ashia, where it is believed there is a mass grave of Greek Cypriots.

In a written statement, Burcu was responding to an article last Sunday by local daily Kathimerini chief editor Andreas Paraschos, in which he said he has long been waiting for Akinci’s response on the Ashia grave.

“Our greatest desire is to have witnesses, including Mr Paraschos, who claim there are graves in this area, come forward and provide information to support the Committee on Missing Persons on this matter,” Burcu said.

Additional information is necessary, he noted, because the area is over 40 acres.

The spokesman added that Akinci considers the issue of missing persons a humanitarian and moral one, whether relating to Greek Cypriots or Turkish Cypriots, and is closely following developments in locating all missing persons and delivering their remains to their families.

“Ever since he assumed his duties in May 2015, Mr Akinci has supported the CMP’s work, materially and morally, and has actively pursued expediting its work,” Burcu added, reminding of the joint appeal by the Turkish Cypriot leader and President Nicos Anastasiades following their first meeting on May 8, 2015, in which they asked anyone with information on the issue of missing persons to bring it to the committee.

On the Turkish Cypriot leader’s initiative, his spokesman said, digging has been scheduled in 30 locations within military areas in the north, where the remains of missing persons are believed to be located, and digging began with financial support from the so-called ‘presidency’ in the north.

“With regard to the issue of the mass grave in Ashia and the information that it has been moved to another area, on initiative by Mr Akinci and the necessary consultation with the [Turkish] military authorities, the area where the remains of Greek Cypriots are believed to be has been deemed a priority,” Burcu said.

Man City out to show why they’re Premier League favourites