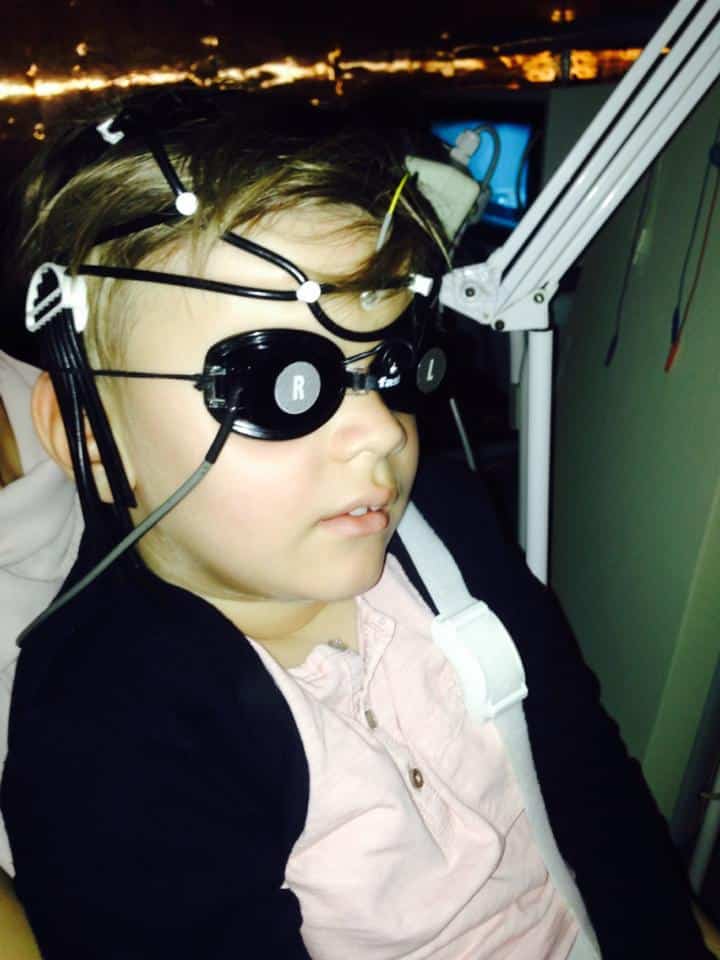 DOCTORS in Russia believe that a blind six-year-old boy from Paphos will eventually gain his sight after a series of ground breaking operations, the first of which was carried out successfully.

Iordanis Demetrof (Dani) was born blind and has recently returned from a trip to Russia where he underwent the first of a series of treatments invented by a renowned Russian professor, Ernst Muldashev. His treatment has only been made possible by fundraising and donations from supporters and well-wishers.

After rigorous tests, doctors in Russia came to conclusion that Dani currently only reacts to light in one eye.

“If Dani undergoes a series of regular operations over a few years, they are positive that Dani will start seeing,” Dani’s grandmother, Neli Yordanova, told the Sunday Mail.

For more serious results time is needed. Probably three or four treatments are needed, she added. “Professor Mudashev personally made the operation and said in the future he will be able to see.”

Dani was born blind and was diagnosed with severe optic disc hypoplasia by a specialist at Great Ormond Street Hospital in London. So far, his treatment has been a success, as he was previously unable to speak or walk and was 100 per cent blind.

The youngster now speaks two languages, can take things in his hands and plays with other children.

Dani won over the public when he received a Cyprus Heart of Gold award in 2015 and courageously walked, with the help of his mother, Rafaela Dimitrova, for one of the first times to the stage to collect his award.

Dani already had to undergo a number of risky and painful treatments abroad, which have helped him to react to light.

The latest treatment took place in Russia where Dani and his family stayed for a few weeks in June/July. The surgery used a biomaterial called Alloplant, this can help when standard medicine cannot. It was invented by Muldashev and when inserted into a body, stimulates the regeneration of the recipient tissues.

Dani’s grandmother said that the clinic is very well equipped and staff went out of their way to be kind and helpful with all of the patients and their families.

“The operation went well, it involved a large procedure on Dani’s right eye and a smaller one on his left eye. The operation was done with full anesthesia and was very painful for him, but he is a brave boy,” said Yordanova.

The operation, the stay in the clinic and the airline tickets cost around €5000 and in six months’ time, it is necessary that the opposite procedure is carried out, a small operation on Dani’s right eye and a larger one on the left, she added.

Further operations every six months must be carried out for the treatment to work, and it is not yet clear how many he will need, and therefore how much it will cost in total.

“Dani already has appointments booked for December 2017 and June 2018. It depends on the type of the operation each time and the treatments after that as to how much it will cost,” said Yordanova.

The family said that there is currently enough money in Dani’s bank account to cover several visits in the clinic.

Dani said: “I enjoyed my stay in Russia and I really wish to be able to see the world around me. I like going to school and the thing I like most is music.”

Media appeals, social media appeals, a ‘go get funding’ page and events have all contributed towards raising money.

“Dani and his family would like to thank all of the people who have supported us on his journey to sight, without you all, this would not be possible,” Yordanova said.

To make a donation to Dani’s appeal: https://gogetfunding.com/iordanis-needs-help/