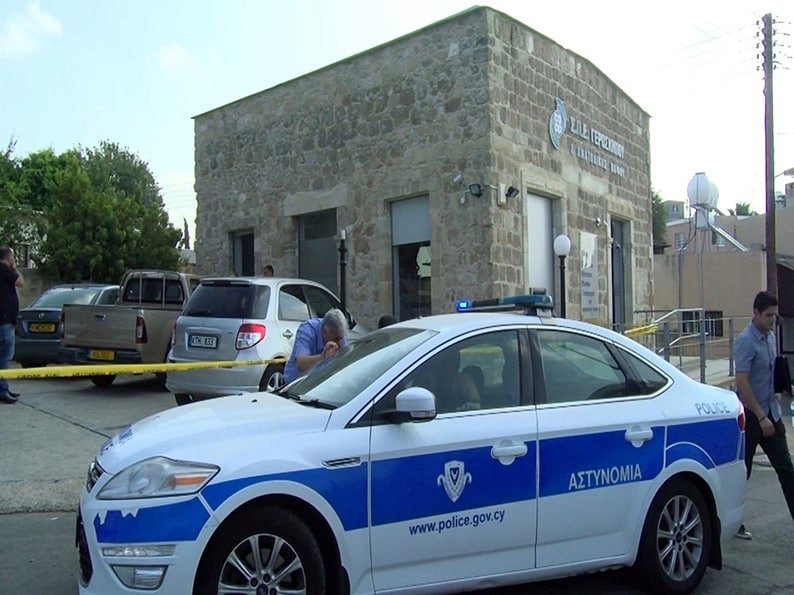 ALMOST €100,000 has been robbed from cooperative banks across Cyprus this month, in three separate robberies.

Although the events surrounding the cases are widely known, the culprits are still at large and police are assuring they are doing everything they can to solve the cases.

The first robbery on August 2, took place in Pyrgos, Limassol shortly after 11am where two individuals using motorcycle helmets to cover their faces, used a sledge hammer to break the bank entrance and enter the co-op.

Witnesses described the perpetrators as young but police couldn’t get many leads as the two had apparently remained silent during the heist which saw them get away with €14,980.

They arrived and fled the scene on a high-powered motorcycle believed to have been stolen from Limassol in July.

A manhunt with the aid of a helicopter did not manage to track them down.

Only five days after the first incident, on August 7, two individuals using the same tactic as the first robbery, smashed the glass entrance at the co-op Timi branch in Paphos wielding a G3 assault rifle and a hunting shotgun.

With hoods over their faces, they apparently spoke in broken Greek and got away with €30,000 using a stolen vehicle. Police did not locate them despite officers on the ground and a helicopter search.

The car had been stolen from a parking lot at Paphos airport whose owner left his vehicle there while on holiday.

According to police spokesman Andreas Angelides, perpetrators had torn apart the wire fencing, broken into the office which held all the car keys and stolen the vehicle.

No cameras or guards were in place.  The car was later found burned in Choulou village.

In the third robbery on August 16, two individuals clad in black with a pistol and a sawn-off hunting shotgun, stole more than €40,000 from the Ayios Athanasios co-op branch.

Deputy Limassol CID chief Marinos Demetriou said at the time, the perpetrators appeared to be Cypriot as they spoke the dialect during the heist.

The robbers used a motorcycle believed to have been stolen from Limassol in July and is possibly the same one used in the first robbery on August 2.

“If you’ve ever gone to a Bank of Cyprus branch, in many of them you’ll see a door that only opens from the inside when you ring a bell and after that, there’s a second door.”

This was a safety measure lacking from the co-op branches that their spokesman Yiannos Stavrinides conceded shortly after the second robbery took place.

“We only have double doors in a few branches,” and branches located in areas outside of busy centres that are generally considered to be safer and with smaller sums of money, do not have the double-door system.

Although no measures from the side of the bank have been officially announced, Stavrinides said installing double doors would not be feasible as an immediate step as practically they would take a long time to install, but the bank was in the midst of evaluating hiring a private security company as a deterrent.

Stavrinides said the robberies were an indication of “the social problem of increasing crime in Cyprus” where people even brandish G3 rifles.

“Thankfully there were no victims, neither customers nor colleagues,” but this is certainly a concerning matter.

The co-op spokesman also said the fact that it was holiday season aided the perpetrators, alluding to the fact that the car in the second robbery was stolen from an airport while the owner was on vacation.

No co-op official was immediately available to comment on whether bank employees, following three successive robberies had increased safety fears.

From the police standpoint, Demetriou said they had, since the robberies given the bank some recommendations as to what measures they could take for the future, which Stavrinides said they were evaluating.

“We are continuing investigations, people are being questioned in efforts to resolve the case,” Demetriou told the Sunday Mail.

Asked if there was a list of suspects and how many were on it, he said “I can’t give you a number simply because in 10 minutes it might change,” as new information continues to come in.

He refrained from commenting on findings from CCTV footage or the nationalities of the perpetrators but said there did seem to be similarities in all three cases.

Angelides said the co-op robberies were the only ones that took place this year while in 2015 there were no bank robberies.  In 2014, there were four robberies, an increase from the two in 2013.

Tales from the Coffeeshop: Born-again Nik praying for Cyprob resurrection